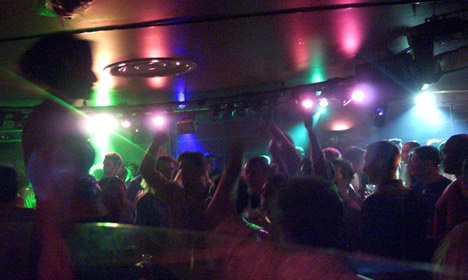 Photo: Colourbox
The Buddy Holly nightclub in the southern town of Sønderborg has hit the news after requiring customers to speak either Danish, English or German after women in several Danish towns hosting refugees complained of being harassed by asylum seekers.
While the club first introduced its language rule in 1997 — long before Europe's worst migrant crisis since World War II — tensions over the migrant crisis have brought the issue back to the fore.
Club owner Tom Holden, says he never intended to play into the hands of xenophobes, citing practical reasons instead for the policy.
“The product we are offering — 'a happy evening in a safe environment' — requires our staff to be able to talk to the patrons,” Holden told AFP.
Not being able to communicate with “large groups of customers” created feelings of “insecurity,” he added.
Amnesty International in Denmark branded the measure discriminatory.
“Of course you can communicate with people if something security-related happens, even if they cannot speak Danish,” spokesman Claus Juul told broadcaster TV 2.
Holden says the original idea behind the policy was to stop groups of people who arrive in the town's harbour from eastern Europe and Russia from entering the bar.
'Pure racism'
Buddy Holly regulars voiced outrage at the language requirement.
“To us it looked like pure racism,” 19-year-old customer Søren Verdoner told regional daily Jydske Vestkysten, referring to two Syrians who were turned away despite having valid IDs.
“We often find that there are small groups of Syrians on the street outside, freezing.”
The migrant crisis, which last year saw over a million people reach Europe's shores, has sharply polarised public opinion in Denmark and many other EU states.
While many people take a liberal stance on resettling refugees, others favour imposing greater restrictions.
Distrust of migrants has grown especially after it emerged that hundreds of women were groped and = robbed in a throng of mostly Arab and North African men during New Year's festivities in Cologne, Germany.
A Danish bar and nightclub industry group recently reported a rise in the number of complaints from its 1,500 members over the behaviour of non-Danish customers.
“If you have a group of customers who come in and display a threatening behaviour, there are some security-related challenges if you can't enter into a dialogue,” Torben Hoffmann Rosenstock, the head of Denmark's Restaurants and Cafes, told TV 2.
“Like the rest of society … the industry is trying to figure out how to handle this,” he added.