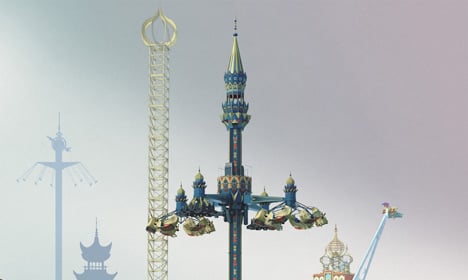 The spire of the new ride will be a noticeable addition to the capital's skyline. Illustration: Tivoli
A new attraction that will both change the Copenhagen skyline and give thrill-seekers a new option when visiting Tivoli will open on April 6th, the amusement park announced this week.
In advance of its debut, Tivoli offered a video sneak peak of the new attraction:
The new ride, called Fatamorgana, is a 45-metre tower topped with a minaret-inspired spire that will alter the city’s skyline. The attraction will actually be three rides in one. At the base of the tower will be miniature bumper cars for small children while the main ride will come in two versions: one for the wildest fans and one for the not-so-brave.
In the fast version, passengers will be seated back-to-back in a circle and slung around with 2.5G force while the ride’s four arms rotate around the tower. In the ‘family edition’ of the ride, two passengers will sit together motorcycle-style and be spun around at slower speeds.
When announcing the new ride in October, Tivoli’s CEO Lars Liebst called it a “world premiere 3-in-1 attraction” that will change the look of central Copenhagen.
“Some of Denmark's busiest streets pass Tivoli; space is limited, so we have to think out of the box. With Fatamorgana, the Huss factory and our in-house designers have created a ride that gives us three new attractions in one, allowing us to achieve the vital development we need as an amusement park if we are to continue to attract Danish and international visitors,” Liebst said. 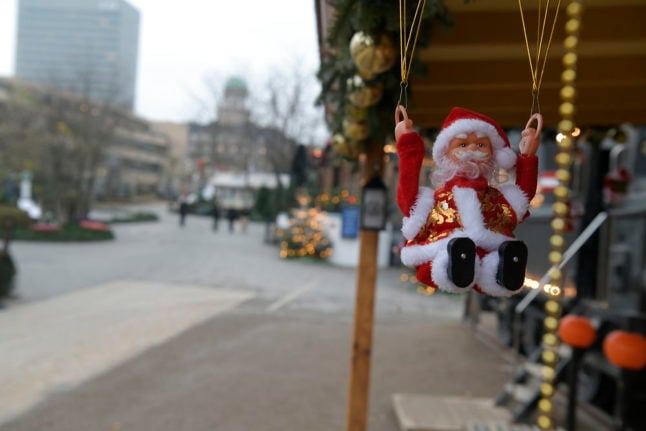