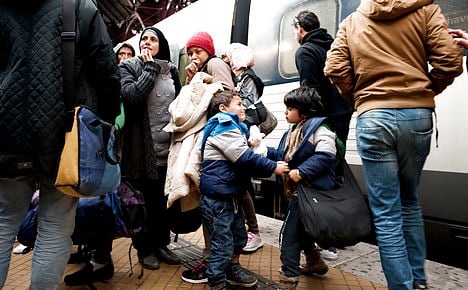 Health officials said refugees may both bring infections into Denmark and catch new ones once they are here. Photo: Linda Kastrup/Scanpix
The Danish State Serum Institute (SSI) said on Tuesday that diphtheria was found in two Libyan refugees.
“The infection can be very dangerous if one isn’t vaccinated against it. The dangerous type is very rare and we last saw it in Denmark in 1998,” SSI spokesman Kurt Fuursted told Metroxpress.
SSI has warned Danish hospitals about the possible return of diphtheria and Metroxpress reported that asylum seekers have also been found to carry tuberculosis and malaria.
Unlike some European countries, Denmark does not screen arriving refugees for illnesses but Fuursted said that policy might change.
“There is no doubt that infectious diseases are coming in with the refugees that we aren’t used to. There have been discussions on whether all refugees who come to Denmark should be screened,” he said.
Health Minister Sophie Lunde told Metroxpress that immigration officials and the Danish Health and Medicines Authority (Sundhedsstyrelsen) will discuss possible changes to screening policies.
Officials will also discuss the need to vaccinate arriving asylum seekers, who often come to the country without having been vaccinated against illnesses they risk catching in Denmark.
Denmark doesn’t not vaccinate arriving migrants despite recommendations from the World Health Organization to do so.
“Our position is clear: migrants and asylum seekers should be checked and vaccinated against the illness they are not protected against,” WHO spokesman Robb Butler told Metroxpress.