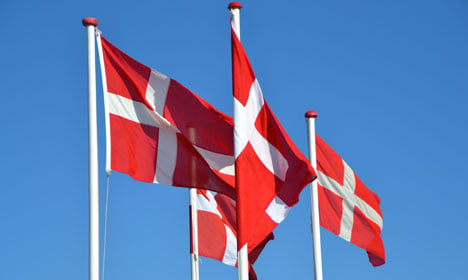 1, 2, 3, 4... Photo: Colourbox
The Finance Ministry wants employees at all public institutions, including schools and churches, to go outside and report back on the number of flagpoles on the property.
The strange exercise came to light when an email sent to education institutions from the Danish Agency for Higher Education asking the institutions to detail “how many flagpoles fly flags from the institutions’ buildings on official flag days” became public.
When questions arose about the request, the agency, which is an organ of the Education Ministry, said it was merely passing on a request that actually stemmed from the Finance Ministry.
That ministry in turn told TV2 that the information would be used “in connection with research on the  customs of the state’s flag-flying”.
As word of the project spread, it didn’t take long before it was slammed as a unnecessary use of taxpayer resources.
“This is the most idiotic thing I’ve heard this year. But then again the year isn’t all that old yet. But I think that when we reach December 31st, this will still be a candidate for one of the most idiotic bits of bureaucracy,” Liberal Alliance MP Henrik Dahl told broadcaster DR.
Dahl said that the initiative sounded like the work of a public sector employee rather than an elected official.
“This is the kind of thing that comes from an administrative system that we just can’t stop. It signifies a lack of understanding for what a state should concern itself with,” he added.
Public institutions were given until Monday at 11am to count their flagpoles.