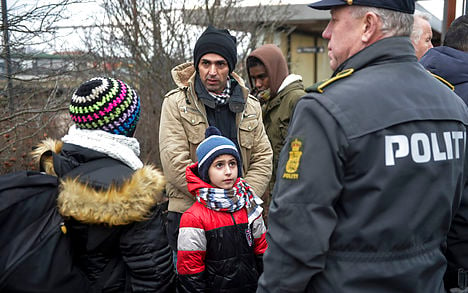 80 unaccompanied minors arrived in the first week of January. Photo: Palle Peter Skov/Scanpix
Roughly 900 unaccompanied minors – primarily from Syria, Afghanistan and Eritrea – have arrived in Denmark since November, broadcaster DR reported on Monday.
With 498 minor refugees coming to Denmark in November and 350 in December, both months' figures exceeded the yearly totals from 2011, 2012 and 2013. There were 818 unaccompanied minor refugees in 2014 and 2,050 in 2015.
“We are seeing a marked increase in children on the run. It is often young boys from Syria, Afghanistan and Eritrea,” Niels Svankjær Christiansen, a consultant with the Danish Red Cross, told DR.
Christiansen said that the Danish Red Cross’s asylum is under severe pressure from the large influx of refugee children, which shows little sign of tapering off. According to DR, 80 unaccompanied minors came to Denmark in the first week of January.
Integration Minister Inger Støjberg said that although ensuring care for minor children is “demanding”, Denmark is able to handle the current numbers.
“It is a large and costly task, but one must remember that when we are talking about children who come here without parents, we need to take extra good care of them,” she told DR.
As a whole, Denmark received around 18,000 refugees throughout 2015.