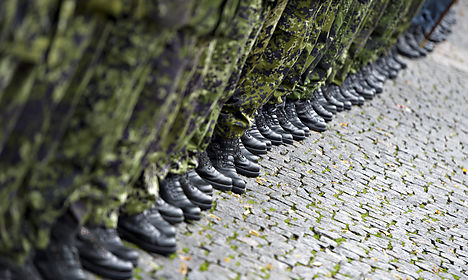 Denmark is considering a request to put a limited number of boots on the ground in Syria and Iraq. Photo: Henning Bagger/Scanpix
In response to the Americans’ December request that Denmark step up its efforts against Isis, the government is seeking parliamentary backing to send 30-50 specially-trained troops on missions into both Iraq and Syria.
If the special forces are deployed on the ground, it would mark a significant expansion of Denmark’s current role in the international coalition against Isis.
The nation joined the international coalition fighting Isis in October 2014. Danish F-16s flew 547 missions over northern Iraq and dropped a total of 503 bombs before the jets were brought back to Denmark for repairs.
Foreign Minister Kristian Jensen has promised that the fighter jets will return to action in 2016.
Jensen did not comment on Politiken’s report, but has previously expressed an openness to extending Denmark’s mission into Syria.
It is unclear whether the government will be able to convince a majority in parliament to send in Danish troops, but one party that will not support the plan is the Socialist People’s Party.
“I believe it would be criminal to go into a war in Syria,” SF leader Pia Olsen Dyhr told Politiken.
While Iraq has formally requested the West’s assistance in the fight against Isis, no such request has been made by Syria’s official leader, Bashar al-Assad.