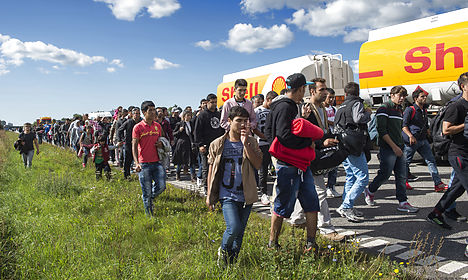 Current trends point towards Sweden also gradually following the Danish line, according to the expert.

Denmark’s internationally criticized asylum policies are beginning to look like a model for the Scandinavian countries, after Norway’s Minister of Integration Sylvi Listhaug presented a series of new measures that she claimed would make Oslo’s asylum policies “Europe’s toughest.”

Norway’s government wants to make family reunification harder as well as introduce stricter criteria for permanent residence to be granted.

“It is almost a copy of Denmark,” said Jensen, while noting that Norway, unlike Denmark, has not yet reduced welfare payments for refugees.

“Denmark has cut back on payments to refugees – so far, this has not been suggested in Norway,” said Jensen.

While Sweden has received significantly more asylum applications – around 190,000 compared to Denmark’s 18,492 (not including December) and 35,358 for Norway in 2015 – Sweden’s policies are also beginning to follow the examples set by its two Scandinavian neighbours, albeit at a slower pace.

Although Sweden has not cut welfare support and does not require asylum seekers to have language skills in order to be granted asylum, it has begun to tighten its family reunification and residency rules.

“Sweden has a softer approach, but is basically using the same ideas. Denmark, Norway and Sweden are all following a formula whereby they try to make themselves less attractive for refugees relative to their neighbours,” Andreas Kamm, general secretary with the Danish Refugee Council, told DR.