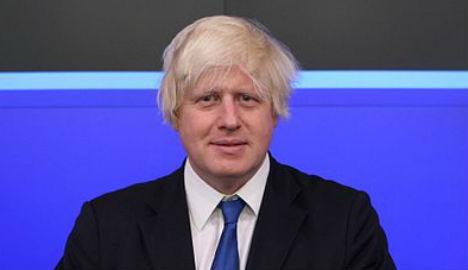 London mayor Boris Johnson asks why, if the Danes can make other EU nationals wait why can't the UK? Photo: Wikimedia Commons/Snowmanradio
In an article in the the Daily Telegraph on Monday morning titled, “If Denmark can treat foreigners differently, then so can Britain,” the prime-ministerial hopeful noted that no one in Europe seemed to care that Danes can happily snap up property in London, while Brits are barred from buying in Denmark.
“Everyone understands why the Danes want it that way” he writes. “One way or another the Danes don’t want the Germans buying up bits of Jutland. They want those villages to be Danish; they like to see red and white Danish flags flying above the clapboard homes.”
“No one makes a fuss,” he writes. “No one blames the Danes or says it is the end of the EU.”
Why then, he argues, can Britain not be given a similar opt out from free movement rules allowing it to delay giving foreigners benefits?
Johnson’s article came after several British newspapers  wrote on Sunday that David Cameron, the British prime minister,  was planning to abandon his demand on benefits, following opposition from the European Commission and from other EU countries, who argue it violates the principle of free movement.
He argued that the Danish rule – negotiated as a condition of its joining the EU in 1973 – was a sign that there could be exceptions to the seemingly inflexible principle.
“We are assured by the pontifical authorities in Brussels…that if there is…any genuflection to national peculiarity, no matter how trivial, the whole edifice of European law will come crashing down with devastating and unimaginable consequences,” Johnson writes.  “That is what Brussels tells us; and as so often the Euro-priests are talking tripe.”