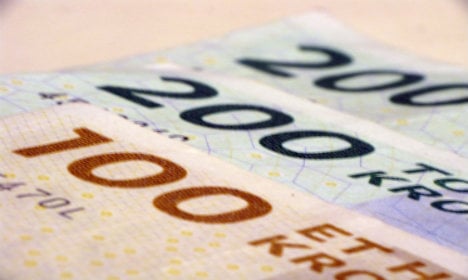 The Danish taxman continues to live high on the hog. Photo: Colourbox

Already the most heavily taxed country in the world, Danish tax bills continue to skyrocket.

A newly-released report from the Organization for Economic Cooperation and Development (OECD) shows a tax revenue-to-GDP ratio increase of 3.3 percent for 2014, taking the Danish figure up to 50.9 percent. This is comfortably the highest tax ratio of any of the OECD countries, with the next highest, France, over five percentage points lower at 45.2 percent.

With a percentage point increase of over four percent since 2007, Denmark is also one of three countries – accompanying Turkey and Greece – at the top of the table for tax burden increase since the beginning of the global financial crisis. Most countries have seen a drop in tax revenue since the beginning of the crisis, with the average ratio falling by 2.3 percentage points.

The OECD report shows an increase in overall tax burden across GDP countries of 0.2 percent, continuing the trend of year-on-year increase since 2009. However, the percentage of the latest increase is primarily due to the increased taxation of personal income, personal profit and consumption, with taxes on corporations decreasing overall.

Between 2007 and 2014, average revenues in OECD countries from corporate incomes and gains fell from 3.6 to 2.8 percent of GDP, while revenues from individual income tax grew from 8.8 to 8.9 percent. Revenues from valued added taxes (VAT, known as moms in Denmark) grew from 6.5 to 6.8 percent in the same period.

The percentage of Denmark’s tax revenue from personal incomes and capital gains in 2014 stood at a whopping 63 percent, over two and a half times more than neighbouring Norway’s rate of 24 percent and nearly double the OECD average of 34 percent.

VAT rates are identical in Denmark, Norway and Sweden at 25 percent, just behind the most expensive VAT country, Hungary, which has a 27 percent rate.