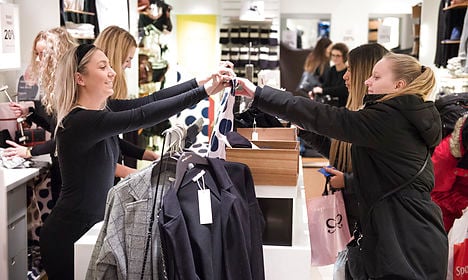 Black Friday shopping in Aarhus. Photo: Jens Thaysen/Scanpix
It’s safe to say that Black Friday, the shopping ‘holiday’ imported from the US, has caught on in Denmark.
Use of consumers’ national debit cards (Dankort) reached 1.98 billion kroner on Friday, setting a new spending record.
According to news agency Ritzau, Friday’s spending topped the previous one-day record set during last year’s Christmas season by 13 percent. Danes bought for a full 29 percent more on Friday than they did on Black Friday 2014.
See also: Black Friday in Denmark: The new Halloween?
“Black Friday topped all expectations. Even though we anticipated a clear increase from last year, it is amazing that it shot so clearly in as the undisputed biggest shopping day ever,” Martin Barfoed from the Danish Chamber of Commerce (Dansk Erhverv) told Ritzau.
Barfoed said he hoped that the Black Friday spending would serve as a bellwether for the entire Christmas shopping season.
The Danes’ embrace of Black Friday came as Americans seem to be tiring of the annual event, held the day after Thanksgiving. Black Friday spending in the US was down this year compared to last in physical stores while online spending was up. 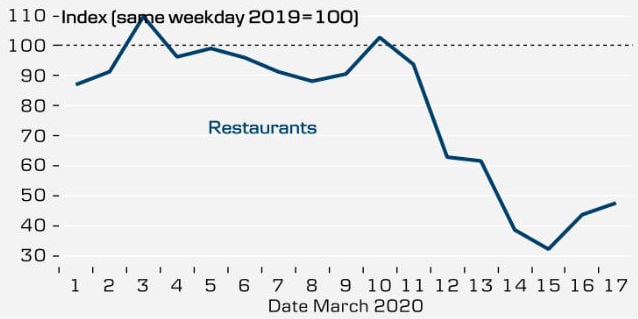 CONSUMERS
Here’s how Danish spending has fallen since coronavirus hit 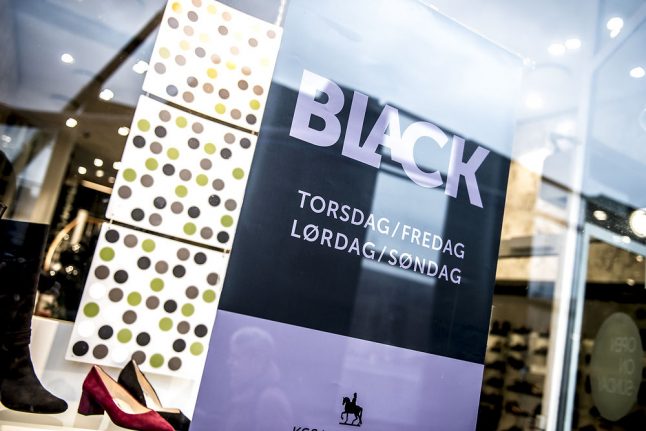 Spending in restaurants is down to a third of where it would be normally. Photo: Danske Bank
Danske Bank bases its figures on data from the transactions of about a million Danske Bank customers on MobilePay, credit and debit cards, so the report is one of the first reports from Europe on how the virus has impacted spending.
Louise Aggerstrøm, private economist at the bank, told The Local that the sharp falls in spending on restaurants, hotels, cinemas, clothing and transportation would have a heavy effect on the economy.
“It's going to be quite massive,” she said. “It might be helped a bit but this rise in grocery spending, but that's not going to keep on going forever.”
The bank plans next week to follow up the article with an assessment of how the drop in consumption might affect GDP.
Aggerstrøm said that if economy starts to open up as early as expected the fall in GDP could be kept in the very low single figures.
“For the year I think more it will be more like one percent,” she said. “That's based on the Danish economy opening up again by May, and that's of course a big if. So if I say one percent, it's a best-case scenario.”
Here's a graph of spending in supermarkets — note the big uptick on March 12 and March 17, when the government made major announcements. Spending has also increased in health and medical care. The fall in spending on restaurants was followed by similar falls in transport, hotels, and non-food goods. 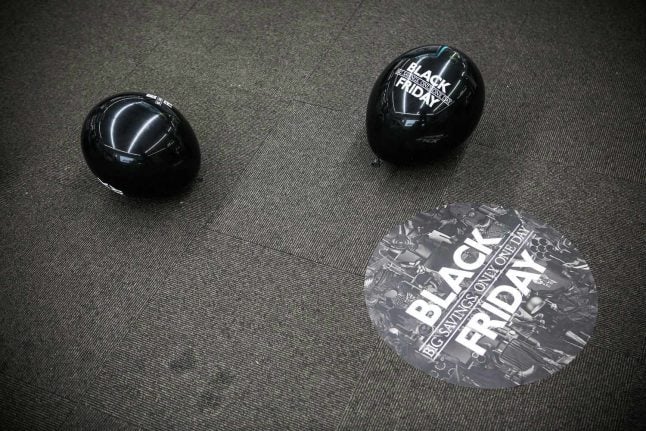 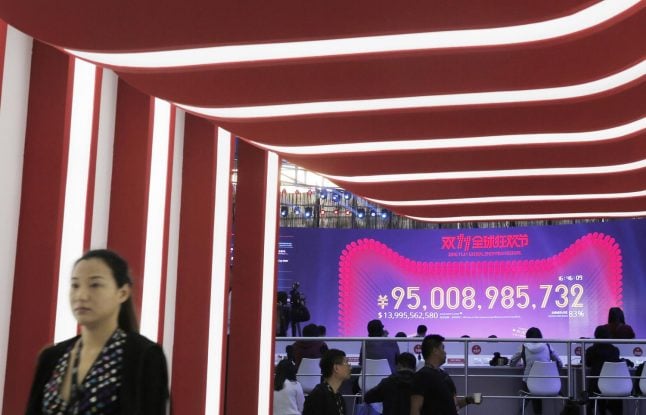