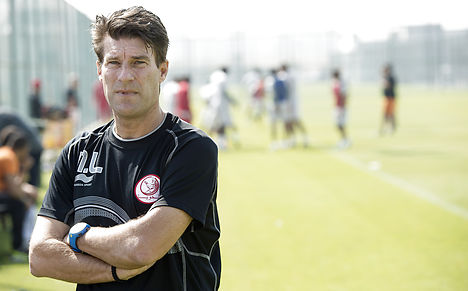 Michael Laudrup. Photo: Claus Fisker/Scanpix
Former Barcelona and Real Madrid star Michael Laudrup has turned down the post as coach of Denmark, a Danish federation spokesman said on Monday.
“Michael has terminated discussions because he doesn't think that the position of coach is the right one for him at the present time. He has personal reasons,” Danish Football Association (DBU) adminstrative director Claus Bretton-Meyer told Ritzau.
Laudrup, 51, who was a legend with the national team scoring 37 goals in 104 games from 1982 to 1998, is without a club since leaving the post of coach at Qatari side Lekhwiya last June.
Some Danish media reported that Laudrup felt that with his status as a national football hero, expectations would be unreasonably high if he were to take the head coaching job.
The former Swansea City manager was an assistant coach with the Danish team from 2000 to 2002 and was among the frontrunners to succeed Morten Olsen, who recently quit after 15 years as national coach.
Denmark failed to qualify for Euro 2016 after losing to rivals Sweden in a two-legged play-off last week.