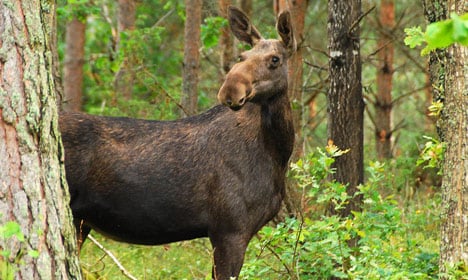 Photo: Tobias/Flickr
Denmark is seemingly becoming a bit wilder by the day. Wolves have returned after a long absence, the European jackal has made its first ever appearance, white-tailed eagles are once again flying in large numbers and otters have extended their territory.
This week, another new mammal was added to the list: elk.
Five young elk imported from Sweden made their arrival in northern Jutland on Wednesday evening. The elk were brought in to help maintain the large mash area Lille Vildmose. Alongside the area’s red deer, the elk will serve as natural tree trimmers to keep thousands of birch trees in check.
See also: Elk or moose?
“Operating 100 percent on nature’s own terms, the elk will become a part of the raised bog’s natural dynamic and in that way will help the goal of this piece of nature – the largest raised bog in northern Europe – being able to take care of itself,” Anders Skov, the head of a local nature fund, told TV2 News.
The elk will initially be fenced in through the course of the winter so that they don’t get overly accustomed to the sight of humans. By May or June of next year, they will be released into a larger 21 square kilometre area, where nature lovers may be able to encounter the animals.
In other four-legged news, evidence was found earlier this week that beavers have moved further north than they have in centuries.
A beaver was spotted building a dam on the Jammerbugtens Golf Course in Fjerritslev, and nature experts said that it is the first time that beavers have crossed north of the Limfjord in roughly 1,000 years.