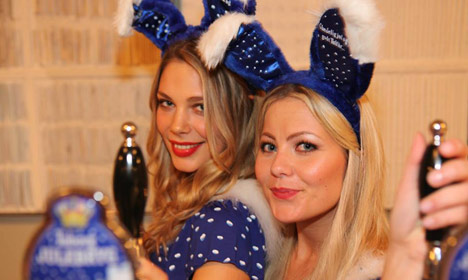 Photo: J-dag/Facebook
There is a holiday in Denmark that you won’t find on the calendar, but is widely celebrated nonetheless. It’s a day that brings Danes out in full force, decked out in elf hats and in an awfully merry mood. It’s also a day that critics would say glorifies binge drinking in a nation that consistently outdrinks its European neighbours.
Just what is this quasi-holiday, you ask? It’s J-Day, the day that brewing giant Tuborg releases its annual Christmas beer, known as julebryg. And it all gets underway Friday at precisely 8.49pm.
Just how did the release of a beer become a national event? Great question, and the answer has a lot to do with a very simple commercial:
The Tuborg ‘J-Day’ commercial first aired in 1990 and became so beloved by the Danes that it is now the longest-running commercial in Danish history, airing every holiday season.
But there’s got to be more to it than that, right? The Local spoke with Tuborg spokesman Jens Bekke to try to shed some light on the J-Day phenomenon.
“I wish I could explain it. If I could give a scientific explanation for its success, we’d be doing other similar events,” Bekke said.
He said that the campaign has steadily picked up steam since 1990 and is now an integral part of the holidays.
“For most Danes, J-Day has become a night to go into town, celebrate the start of the season, sing some Christmas songs and get into the spirit. It has become a real tradition,” Bekke said.
The day itself has been celebrated every year since 1990, although it has been moved around several times. From 1990-1998, it was the second Wednesday in November and the free beer didn’t arrive until 11.59pm. In 1999, it was moved to the first Friday of November at 8.59pm, in large part due to the number of young people who missed school after partying hard the night before. In 2009, it was moved to the last Friday in October, before settling on the first Friday of November in 2010. Photo: Karl Baron/Flickr
On J-Day, Tuborg delivers the holiday beer in specially-decorated trucks and even by horse-drawn carriage in some places. Then free beer is given out while it lasts, usually by attractive women in suggestive Santa outfits.
In addition to the free beer, there is free swag like hats and t-shirts, much of it bearing the phrase ‘Glædig jul og godt Tub’år’, a play off the Danish phrase for Merry Christmas and Happy New Year.
But what about critics who argue that J-Day has morphed into a celebration of drinking to excess in an already beer-crazed nation? After all, with Danish teenagers said to drink more than any other teens in the world and over 860,000 Danes drinking more than is recommended by the Danish Health and Medicines Authority (Sundhedsstyrelsen), does the nation really need a ‘holiday’ centred around downing strong holiday beer?
“This is something we’ve worked very hard on over the years and I think it has improved,” Bekke said.
“This should not be an evening for binge drinking, it should be a night to come together and have a good time while celebrating the start of the holidays,” he added.
So while bars, pubs and clubs nationwide will be holding J-Day celebrations tonight, revellers might be well-advised to take it easy. After all, there’s still a long way to go until Christmas.
A full list of participating bars and pubs can be found here.
Note to readers: This article was originally published on November 7th, 2014 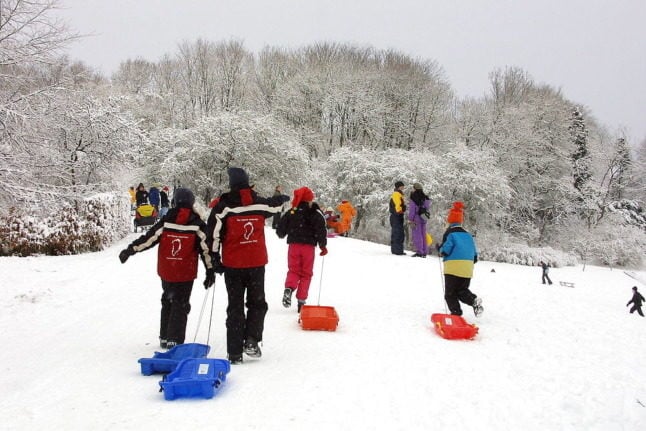