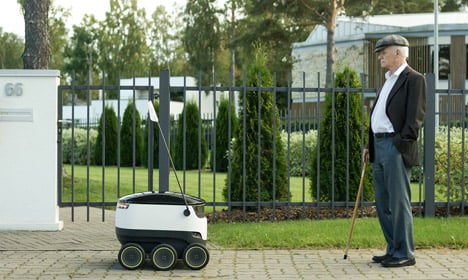 The robots will begin delivery in early 2016. Photo: Starship
The future promised to us in ‘The Jetsons’ is getting closer and closer to reality.
Before too long, you may be sharing the pavement with robots that are delivering groceries and other items. Flying above you, drones may be doing the same thing.
The earthbound robots are the brainchild of Danish Skype co-founder Janus Friis and his partner Ahti Heinla, who on Monday announced the launch of their new company Starship Technologies.
The company plans to roll out small delivery robots that it says will “create unprecedented convenience and cost savings for individuals, while opening up new opportunities for businesses such as parcel delivery firms or grocery stores”.
The small robots will be capable of carrying the equivalent of two large grocery bags on five to 30 minute deliveries from local hubs or stores. Shoppers will be able to track the robots’ progress through a mobile app that will also allow the purchaser to unlock the robot’s cargo.
Heinla said that the robots will be safe, practical and emissions-free.
“Our vision revolves around three zeroes – zero cost, zero waiting time and zero environmental impact. We want to do to local deliveries what Skype did to telecommunications,” Heinla, the CEO at Starship Technologies, said in a press release.
Heinla said that his robot delivery units will be safer than the drone delivery systems being tested by online retail giant Amazon and others.
“They travel at the slow speed of four miles per hour – a brisk walking pace. They don’t fly – these are not drones. They travel on pavements/sidewalks, blending safely in with pedestrian traffic,” he said.
The robots are primarily self-driving, but human operators will also keep an eye on their routes and take over the controls if necessary. The company said that the robots will also be outfitted with anti-theft devices.
The robots will first be used in London’s Greenwich district in early 2016, followed by their roll-out in the US. The company told Danish financial daily Børsen that if all goes according to plan, the robots will begin deliveries in Denmark in 2017. 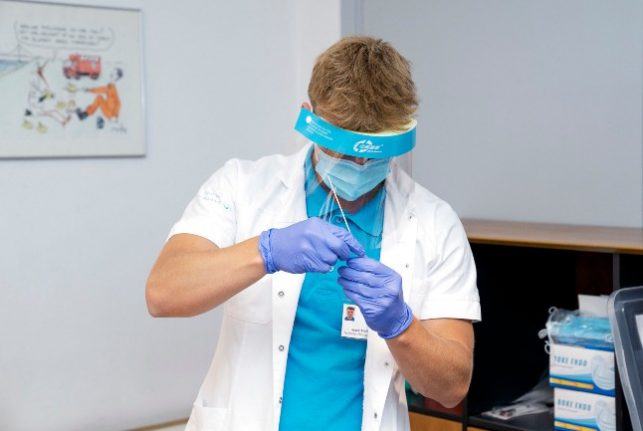 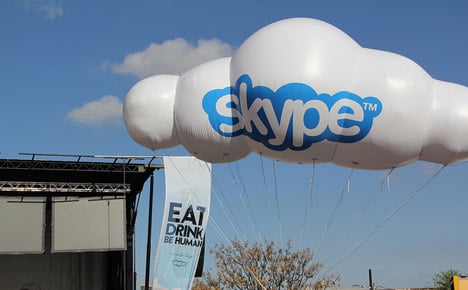