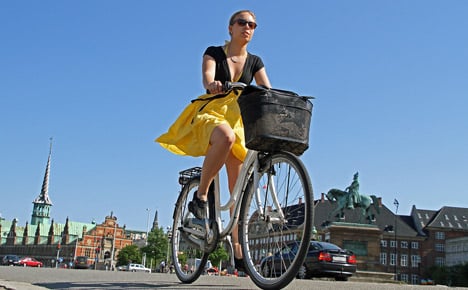 As part of the education, foreigners would be told that a woman's clothing is not an invitation to sex. Photo: Colourbox
Hoping to combat the disproportionate number of rapes committed by immigrants and their descendants, a number of political parties are pushing for sexual education to be included in the Danish language courses provided to foreigners, Metroxpress reported.
Between 2013 and 2014, 34.5 percent of all individuals convicted of rape were immigrants or their descendants despite those groups only accounting for roughly 12 percent of Denmark’s total population.
See also: Denmark to get tough on rapists and abusers
The parties supporting the proposal point to the success of a similar programme in Norway, where asylum centre residents are given a voluntary five-hour course aimed at preventing sexual assaults. The class teaches asylum seekers and refugees that when women go out drinking alcohol or dress in revealing clothing, it is not an invitation to sex.
Linda Hagen, who runs 34 asylum centres for the Norwegian refugee business Hero Norge, told The Local that the programme had been introduced after a string of sexual offences committed by refugees near one of its centres.
“We had some problems in Stavanger because some of the refugees had sexually violent episodes with Norwegian girls in the centre of the town,” she said. “So the police, the immigration department and Hero Norge launched a project to teach refugees about Norwegian behaviour.”
Hagen explained that men from sexually conservative countries often struggled to understand how to interpret the behaviour of young Scandinavian women.
“It’s difficult if you come from a country where women never go out,” she said. “When you see a girl with a short skirt dancing at a party late in the evening, what kind of message will it give you?”
“It’s important to tell them that this kind of behaviour or clothing doesn’t mean that it’s allowed for you to go the whole way. If a girl says ‘no’, it’s a ‘no’.”
Danish People’s Party (DF) spokesman Peter Skaarup said the same concept should be brought to Denmark.
“If they’ve done something in Norway that works, we should just copy it,” he told Metroxpress.
Along with DF, the Social Democrats, Social Liberals (Radikale) and the Conservatives support introducing sex education to Danish language courses.