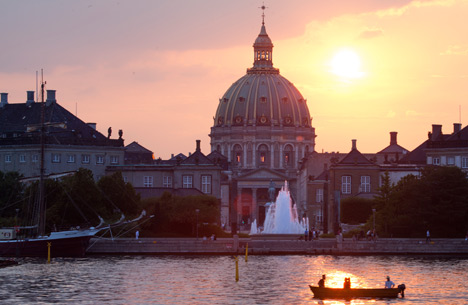 Copenhagen returned to the list after dropping off last year. Photo: Kim Wyon/VisitDenmark
International consulting firm Reputation Institute based the rankings on surveying more than 19,000 people from industrialized countries on what they thought of each place in terms of its economy, government and environment.
“The overall reputation of a city is built upon direct experience, mass communication, third-party endorsements and broadly accepted stereotypes,” said Fernando Prado, managing partner at Reputation Institute, in a statement. “These are bottom-line issues for local policymakers, because a good reputation strongly correlates with an increase in tourism, relocation and investment in that city.”
Fifteen of the twenty top cities were in Europe, with northern cities scoring higher on average than those in the south.
The Danish capital was one of five new cities to crack the top ten in 2015, along with Melbourne, Stockholm, Edinburgh and Geneva. The ninth place finish in this year’s ranking was still a far cry from Copenhagen’s peak at number three in the 2012 Reputation Institute report.

Graphic: Reputation Institute
According to the study, reputation is important because it affects diplomacy, attracting foreign knowledge and talent, as well as tourism.
See also: Copenhagen's tourism growth continues
Copenhagen’s growing appeal to tourists has been the one bright spot for Denmark’s lagging tourism industry. While the capital has seen an increase in overnight stays, tourism throughout the rest of Denmark has been steadily surpassed by neighbouring countries like Germany and Sweden.
In the Reputation Institute report, Sydney was ranked the most reputable city overall, followed by Melbourne, Stockholm, Vienna and Vancouver.
The cities with the worst reputations were Baghdad at number 101, Tehran (100) and Moscow (99).