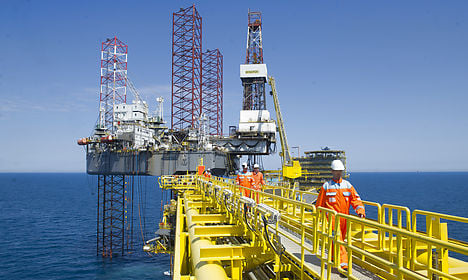 Maersk Oil is trying to cut costs by 20 percent. Photo: Claus Fisker/Scanpix
“We are operating in a materially changed oil price environment and have taken necessary decisions to reduce activity levels through 2015,” Maersk Oil chief executive Jakob Thomasen said in a statement.
“We expect the pressure to continue into 2016 and we must remain cost-focused to grow in this market,” he added.
The planned cuts are part of a bid to reduce operating costs by 20 percent this year. Maersk Oil has shed a total of 1,250 positions in 2015, including vacant positions that have not been filled and by cutting contractors.
A company spokesman declined to break out the number of job cuts announced on Monday, saying it was still in the process of informing those affected.
Oil prices have plummeted by more than 50 percent following a peak of more than $100 per barrel in June 2014. Prices have dropped dramatically due to reduced global demand, record production by the Organization of Petroleum Exporting Countries (OPEC) and a strong US dollar.
Maersk Oil produces approximately 550,000 barrels of oil equivalent per day.
Parent company A.P. Møller-Maersk on Friday warned that a weaker market for Maersk Line, the world's largest container shipping company and a global trade bellwether, would weigh on annual profits.
A.P. Møller-Maersk said underlying group profit would be $3.4 billion (3.1 billion euros) this year rather than the previously forecast $4.0 billion, as income from container shipping had been lower than expected.