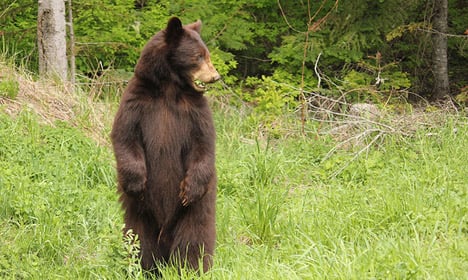 Bears are fairly common in Whistler. Photo: GoToVan/Flickr
Søren Bobach is a world champion orienteer who was recently in Canada to train and to give a presentation. During a run through the forest near the Whistler resort area in British Columbia, Bobach was ahead of his running partners when he turned around and spotted a bear just metres behind him.
Bobach told Ekstra Bladet that the bear gave him the scare of a lifetime.
“I stopped when I noticed it. I knew that I couldn’t run away from it so I stopped and tried to scare it away while I yelled to the others to warn them,” he said.
Bobach’s GoPro camera caught the entire run-in with the bear:

If the embed isn't working, you can view the clip on Facebook.

The travel website Where Whistler writes that the area’s population of black bears are a major tourist draw. While attacks on humans are rare, the website advises that anyone who encounters a bear in its natural habitat should speak to it calmly while an encounter in a human environment calls for a more forceful and firm voice.
We’re not quite sure where on that spectrum Bobach’s noises would fall, but they seemed to do the trick.