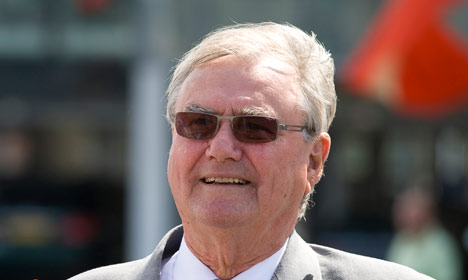 Don't you feel bad for poor Prince Consort Henrik? Photo: Colourbox
The perceived disrespect that comes with his official royal title is a common complaint from the 81-year-old Prince Consort Henrik, but the queen’s husband took it to new levels in an interview with French newspaper Le Figaro.
Prince Henrik told the newspaper, one of France’s largest, that he still harbours a grudge about his title, which he thinks should be King.
“Why just be prince and His Highness but not His Majesty? I decided to call myself Prince Consort  in order to find a place in Danish society and a purpose and position in my work as prince,” he said.
“It makes me angry that I am subjected to discrimination. Denmark, which is otherwise known as an avid defender of gender equality, is apparently willing to consider husbands as worth less than their wives,” Prince Consort Henrik added.
See also: Prince Consort Henrik: 'I should be king'
Taking his complaints about the Danes to foreign media outlets is hardly a new tactic from the prince.
In February, he used an pre-state visit with Dutch media outlets to vent about not being king.
“I have always said that I should be a partner, but I am not considered as a partner because I’m not on the same level as my wife which is completely ununderstandable [sic]. All the queens in the history of the world have made their husbands king consort. Why should I be under my wife?” he told the Dutch reporters.
“I don’t accept it! I will never accept it,” he added.
Prince Consort Henrik also raised eyebrows in April when he said he was too ill to participate in Queen Margrethe’s 75th birthday celebrations but was then spotted travelling to Venice just days later.
See also: Prince Henrik's actions under scrutiny
Lars Hovbakke Sørensen, a history professor who is an expert on the Danish royal family, told BT on Friday that Henrik’s latest comments is sure to cause a commotion within the Royal House.
“It is definitely an irritating situation for the Royal House, the royal family and the queen. It creates an unwanted debate about the royal family that isn’t always positive and that is the problem every time he does this,” Sørensen said.
“Many people in Denmark have a hard time understanding why he keeps coming out with these statements,” he added.
The man born Henri Marie Jean André de Laborde de Monpezat in southwest France married the then Princess Margrethe in 1967. When she took the crown in 1972, he was given the title of Prince Consort Henrik, following northern European royal traditions. He and his wife have two sons and eight grandchildren.