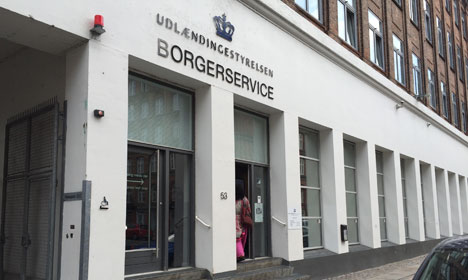 The Danish Immigration Service will go from Copenhagen to Næstved, some 100 kilometres away. Photo: Agustin Millan
Prime Minister Lars Løkke Rasmussen on Thursday revealed his plans for what he called “the biggest shift of government jobs ever”, which entails moving 3,900 jobs out of Copenhagen and into 38 other Danish cities and towns.
The move has been positioned as a way to spur growth in Denmark’s smaller communities and “create activity where it is needed”, the PM said.
Rasmussen acknowledged that by moving so many jobs out to the provinces, he is asking a lot of state employees.
“We know that this decision will affect many people, both the employees and their families. It is a difficult situation and therefore it is incredibly important for the government that the employees come through the process as smoothly as possible,” he said at Thursday’s press conference.
The PM said that the job shifts, which account for some ten percent of all state jobs currently located in Copenhagen, are to be completed within two years.
Among the institutions to be moved out of Copenhagen is the Danish Immigration Service (Udlændingestyrelsen), which will be relocated to Næstved, a nearly 100 kilometre drive from its current location in Østerbro. That move accounts for 375 jobs.
Other relocations include moving the Danish Institute for International Studies (DIIS) to Aarhus, the Danish Nature Agency (Naturstyrelsen) to Randbøl, the National Council for Children (Børnerådet) to Billund and the Danish Maritime Authority (Søfartsstyrelsen) to Korsør.
Finance Minister Claus Hjort Frederiksen encouraged the affected employees to go along with the move rather than seek a new job in order to remain in Copenhagen.
“We hope that as many as possible move out to the new workplaces. It is important to maintain key competencies,” he said.
The government’s full plan can be found here (in Danish). According to the PM, the government can make the moves even without the support of a majority of parliament.