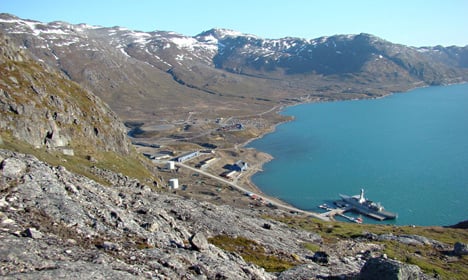 The former Navy base at Grønnedal in southern Greenland is the perfect place for a refugee centre, DF says. Photo: Forsvaret
Kristian Thulesen Dahl, the leader of the Danish People’s Party (DF), said in an interview with Berlingske that his party is open to the possibility of Denmark accepting more refugees as Europe struggles with what he called “maybe the biggest overall crisis since World War 2”.
Dahl said there needs to be a “national compromise” that would involve Denmark bringing in more refugees but with the clear intention of sending them back out of the country as soon as possible.
“If we were ensured that we are only helping refugees with temporary protection in Denmark, then we would be much more positive towards more coming to Denmark. That is something we are ready to accept,” Dahl told Berlingske on Wednesday.
Whereas DF has earlier said that Denmark should accept no refugees at all, the party now suggests establishing state-run centres throughout the country that would house refugees until they can be sent to their home countries again.
Dahl acknowledged that the centres could house refugees for many years, but “it would be worth it” if it minimized other societal problems.
“You can’t have your cake and eat it too. We must make the landmark decision that we don’t want to move the refugees here for life,” he said.
Party cohort Søren Espersen followed his DF boss’s suggestion with a recommendation for the perfect place to establish a large refugee centre: Greenland.
Espersen said that the former Navy station Grønnedal in southern Greenland should be converted into a state-run facility.
“This is completely perfect because it was abandoned a year and a half ago and is in tip-top condition. It has everything one can dream of, with health clinics and teaching locales. Up to 300 people could live there and on top of that it is in one of Greenland’s most beautiful areas,” Espersen told political site Altinget.