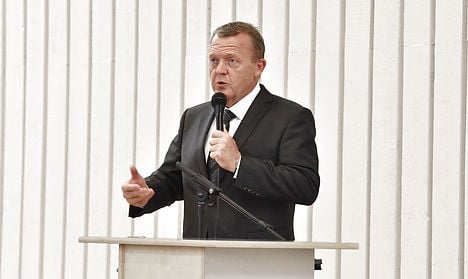 Lars Løkke Rasmussen's cabinet is looking to cut government spending. Photo: Preben Madsen/Scanpix
The Venstre government wants to cut 338 million kroner on environmental and climate initiatives, documents obtained by Information newspaper revealed this week.
The proposed cuts are the second signal sent by the new government that it will scale back Denmark’s climate ambitions. Climate Minister Lars Christian Lilleholt said in mid-August that the new government would not push to meet the established goal of cutting the nation’s carbon emissions by 40 percent.
See also: Denmark looks to lower its climate goals
After the proposed cuts were revealed, Lilleholt defended the plans by saying that even with less spending, Denmark would still be a global green leader.
“We will be millions of kroner short toward 2020 and therefore we need to prioritize if we are going to have our finances hang together. Therefore there will also be smaller savings within the climate, energy and supplies areas. But today we use a lot of money on the green conversion and we will continue to do that even if there are savings,” Lilleholt told public broadcaster DR.
The government’s plans to slash hundreds of millions of kroner on climate initiatives between 2016-2019 was heavily criticized by environmental groups and opposition parties. Government ally The Conservatives also slammed the plans as “a systematic slaughter” of the nation’s environmental policies.
Without the support of the Conservatives – who also opposed lowering the emission cuts benchmark – the government’s savings plan is likely dead in the water.
Dropping preventive health checks
Venstre is also looking to save money by dropping free preventive health checks that were introduced by the previous government. The programme was implemented to catch serious illnesses among the most marginalized residents.
DR obtained working documents from the government’s negotiations with Denmark’s regions, which administer healthcare and operate clinics and hospitals. According to the papers, the government does not plan to set aside funds for the health checks.
Health Minister Sophie Løhde declined to comment on the negotiations, but the potential cuts were criticized by Rådet for Socialt Udsatte, a national council for the socially marginalized.
“This would particularly mean that the unskilled, which this ordinance specifically targets, won’t come to the doctor with the health problems they are fighting with. We need more outreach on the streets in order to reach our target group. It would be a backwards step if the government drops the health checks,” the council’s chairman, Jann Sjuresen, told Berlingske Nyhedsbureau.