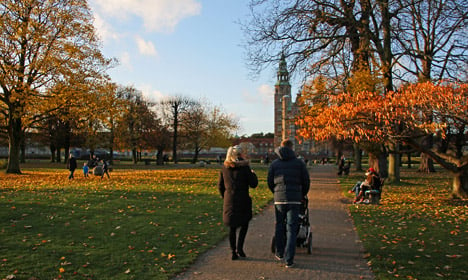 Meteorology institute DMI has released its extended autumn forecast and according to the prognosticators, Denmark should be in for sunny and dry conditions – at least to begin with.
“There are likely to be many periods of stable, quite sunny and dry weather in both September and October,” DMI meteorologist Martin Lindberg said on the institute’s website.
Denmark uses the meteorological definition of seasons, meaning that autumn officially runs from September 1st through November 30th as opposed to beginning on the autumnal equinox and ending on the winter solstice as in some other countries.
DMI said that it expects the period to be quite pleasant because of wind patterns that will result in extended periods of wind coming in from the north and northwest, which should clear the humidity in the air above Denmark and result in mostly clear skies.
“That means that we by all appearances will have less precipitation than normal in the first part of autumn,” Lindberg said.
That’s particularly good news given that the three-month period of September through November is traditionally the wettest time of the year in Denmark.
While DMI’s forecast is enough to raise hopes for September and October, a wind pattern shift is expected as November approaches and it will bring colder and wetter conditions.
“Toward the end of autumn, we will likely get most of our wind from the southwest. That will bring more rainy weather over Scandinavia from the Atlantic,” he said.
Looking even further ahead, Lindberg said that the way things stand now, he predicts “a mild and rainy” start to winter.
However accurate DMI’s prognosis turns out to be, it might be hard to top autumn 2014, which was the second warmest on record with an average temperature of 11.5C.