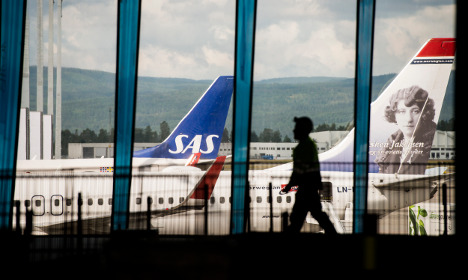 SAS is launching new routes from Scandinavia to the US. Photo: Fredrik Varfjell/NTB scanpix/TT

Daily flights are being launched from Stockholm to Los Angeles from March 14th, as well as to Miami from Oslo and Copenhagen three days a week from autumn 2016 – adding some 330,000 additional seats on the airline's intercontinental routes.

“We know that our frequent flyers want flexible travel with a good timetable and daily departures. These new direct routes together with the renewal of our long-haul fleet and our broad network, mean we have far and away the strongest offer between Scandinavia and the USA,” said SAS president and chief executive Rickard Gustafson in a statement.

The company is also introducing new direct routes from Stockholm to Hong Kong starting next month.

SAS has come under increasing pressure in recent years from low-cost rivals and reported a sharp fall in net profits last year. Earlier in August it saw itself overtaken by Oslo-based Norwegian as the latter recorded 2.69 million passengers the previous month compared to its rival's 2.59 million.

But the focus on new long-haul routes suggests that the company is picking up pace and has gained new confidence after months of savings and layoffs in moves to boost efficiency, according to banking giant Sydbank's aviation analyst Jacob Pedersen.

“It is a sign that things are going significantly better for SAS than in a long while. And that also means that they can invest in new routes,” he told Danish public broadcaster DR.

Both Los Angeles and Miami are popular destinations among Scandinavian travellers, who have been flying abroad more than ever this summer in search of sun and warmth.

Sweden's state-owned airport operator Swedavia reported a rise by nine percent in the number of travellers flying from its ten hubs in July compared to the same period last year.

Meanwhile, SAS is rolling out a new hand baggage-only fare on routes from Scandinavia to Finland, France, Greece, Ireland, the Netherlands and Spain from September 8th.

The airline has denied rumours the pilot scheme, which does not include Britain and Germany, is part of a move to start charging for checked-in baggage.

“We're seeing significant demand from today's travellers for a more scaled-down alternative and lower price ticket. That's why we've decided to launch SAS Go Light – a low-cost concept that is aimed at those who want to travel without checked luggage,” explained Stephanie Smitt Lindberg, SAS vice president of customer journey and loyalty, in a statement.

The new fare will be around 120 Swedish kronor and 93 Danish kroner ($14) cheaper than the SAS 'Go' option, which offers customer 23 kilos of baggage free, and 'Plus' which allows travellers to bring onboard two 23-kilo suitcases.