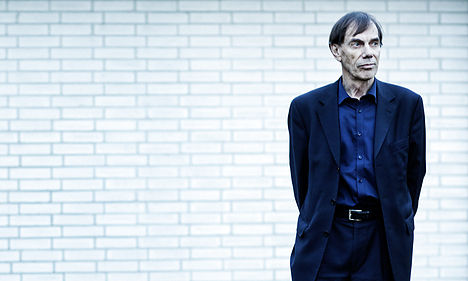 Mogens Camre is no stranger to racist remarks. Photo: Betina Garcia/Polfoto
A Glostrup court found Mogens Camre, a 79-year-old former MP and MEP for the Danish People’s Party and current member of the Gladsaxe city council, guilty of racism on Tuesday and slapped him with an 8,000 kroner fine.
The conviction was for a tweet Camre wrote in in July 2014 that compared Muslims to Adolf Hitler.
“Regarding the Jews' situation in Europe: The Muslims are continuing where Hitler left off. Only the same treatment Hitler received will change the situation.”

Two separate individuals filed racism charges against Camre after his tweet garnered national attention.
See also: Politician's Hitler tweet leads to police charge
Camre immediately filed an appeal against the decision and said that his controversial tweet was due to the popular social media platform’s 140-character limit.
“I can only say that to express myself in a precise way would have taken more than 140 keystrokes. That is the problem,” he said in court, according to broadcaster DR.
Camre said that he has since quit using Twitter, and as of Tuesday he hadn’t tweeted since February 2nd. His controversial tweet has not been deleted, nor has its follow-up, which called for “forces in the Islamic world who threaten non-Muslims should be fought like Saddam Hussein, Bin Laden and Gadaffi were”.

This was hardly the first time that Camre’s comments made waves in Denmark, nor was it the first time he compared Muslims to Nazis.
In 2009, he told a Dutch TV channel that modern day Muslims in Denmark were a worse presence than occupying Nazis in World War II.
“The German soldiers in our streets behaved better than the Muslim boys – much better, they were well disciplined,” he said in a clip that can be viewed below (the clip is in Danish, but Camre's Nazi comparison is in English).
In 2003, Camre was charged with racism for saying that all Western countries have been infiltrated by Muslims planning to take over, and in 2005 he was reported to police for blaming Denmark’s low birth rate on the “immigrant burden” and for saying that “immigrants in Denmark as a whole do not contribute anything at all to society.”
In October, Camre was forced to backpedal on a comment made about the then integration minister, Manu Sareen, and DR host Erkan Özden.
See also: DF politician retracts racist comment
“I had a strange feeling when I watched DR’s news broadcast here this evening. A journalist, who looks like he comes from the Middle East, interview an integration minister who is an Indian. They discussed how migrations can best fit into Denmark. Their indicators are conventions that are approved by people in foreign countries without Danes’ voices being heard. People from foreign countries decide what should happen with this country. The role of the Danes is to work and pay taxes,” Camre wrote in a now-deleted update.
He later said that he “takes back” his “incorrectly formulated” remarks.
Url copied to clipboard!