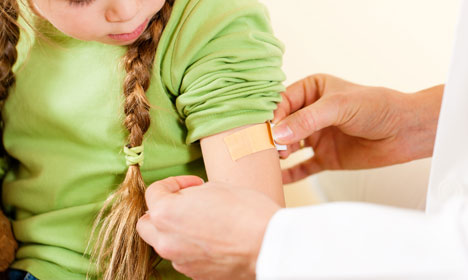 Racist? Photo: Colourbox
It’s well-documented that Danes and Swedes often have a very different outlook on issues surrounding both race and free speech.
From Danes accusing Swedes of being stuck in a ‘spiral of silence’ on immigration issues, to Danish art projects and toy catalogues being declared racist on the other side of the Øresund and a Danish free speech group’s decision to highlight works of a Swedish artist convicted of racism, there are no shortage of examples in which the neighbouring countries fail to see eye to eye.
The latest fallout surrounds claims by a Swedish blogger that labelling only beige plasters (also called bandages or bandaids in some countries) as 'flesh-coloured' contribute to everyday racism. Swedish pharmacy chain Apokteket responded to the controversy by saying it would offer a range of plasters to match darker skin tones by the end of the year.
The ‘racist bandage’ story quickly made the rounds in the Danish press, where it is something of a national sport to portray the Swedes as massively overly-sensitive. Danish politicians also jumped in to the fray. Most notably, Foreign Minister Kristian Jensen posted a link to the bandage story on Facebook with the following quip: “I’m once again happy that I don’t live in Sweden…”

The minister for children’s affairs and education, Ellen Trane Nørby, also weighed in on the issue, comparing it to Sweden’s recent censoring of ‘racist’ elements of Pippi Longstocking stories.
“Who in the world seriously believes that Pippi’s monkey is an affront to people from other parts of the world or that white bandages and plaster are made to annoy people who have darker skin?” she wrote on Facebook.
After news of the two ministers’ slams made it into the Swedish press, Jensen said his Facebook post was meant in jest.
“I will be the first to apologize that my Facebook update has created so much commotion,” he wrote in a comment to Jyllands-Posten.
“It was written tongue in cheek and meant as a humorous commentary on the fact that the debate in Sweden is sometimes much different [than in Denmark]. I really like Sweden and we have a close relationship with Sweden in many areas,” Jensen continued.
Jensen's Swedish counterpart, Margot Wallström, chalked his comment up to inexperience.
“I think that he is new at his job as foreign minister. You have to forgive those kinds of transgressions. I am sure he will learn,” Wallström told Swedish news agency TT.