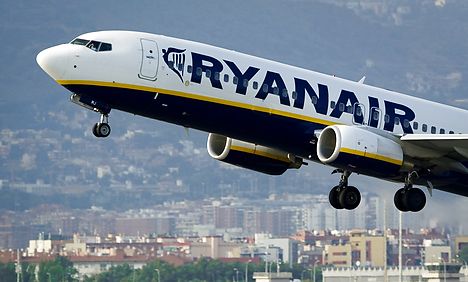 Ryanair closed both of its Danish bases last month. Photo: Josep Lago/Scanpix
After it was revealed in June that the City of Copenhagen owned stock in Ryanair at the same time that Mayor Frank Jensen and Danish unions were in a high-profile battle with the budget airline, city officials vowed to dump the stock as soon as possible.
This week, the city council made good on those promises and voted to stop all present and future investments in Ryanair, despite the airline’s stock having risen 19 percent since January.
“The working conditions that Ryanair offers are inconsistent with the values we have in the City of Copenhagen,” council member Lars Aslan Rasmussen told broadcaster DR.
The decision to stop investments in Ryanair was supported by the Social Democrats, the Socialist People’s Party, the Social Liberals (Radikale) and the Danish People’s Party but opposed by Venstre, the Conservatives and Liberal Alliance.
Rasmussen said that despite the stock’s increase, he felt good about the decision.
“We have a clear conscience now that we don’t have anything to do with social dumping via Ryanair,” he said.
Ryanair last month decided to close its bases at Billund and Copenhagen Airports after a decision by the Danish Labour Court (Arbejdsretten) cleared the way for a legal strike against the company.
In addition to the ongoing conflict with Danish unions, Ryanair also engaged Copenhagen’s mayor, Frank Jensen, in a public war of words over Twitter after Jensen banned the city’s 45,000 employees from flying with the airline on official business.