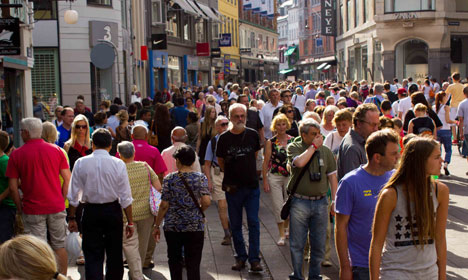 Six of ten immigrants to Denmark come from Western countries. Photo: Colourbox
Immigration figures from Statistics Denmark show that a record 69,863 foreign citizens moved to Denmark between the third quarter of 2014 and the second quarter of 2015. That represents the highest ever number of immigrants over a 12-month period.
Nearly six out of ten of the new arrivals were citizens of Western countries but the largest individual group of immigrants were the 9,375 Syrians who came to Denmark over the past year. Behind them in second place were the 5,164 Romanians who moved to Denmark. Citizens of Poland, the United States, Germany, Lithuania, India, Norway, Italy and China rounded out the rest of the ten largest groups. Figures from Statistics Denmark showing immigration broken down by country of origin.
Statistics Denmark’s figures showed that immigrants overwhelming move to Denmark’s largest municipalities. Fifteen municipalities experienced more immigration that the national average of 12.3 immigrants per 1,000 residents. Frederiksberg Municipality took the biggest share, with 27 immigrants per 1,000 residents, followed closely by the City of Copenhagen with 26.
See also: Immigration in Denmark at all-time high
Historical figures from Statistics Denmark show that the number of Western immigrants in Denmark has grown rapidly, having more than doubled since 2004 and increasing fivefold since 1984.