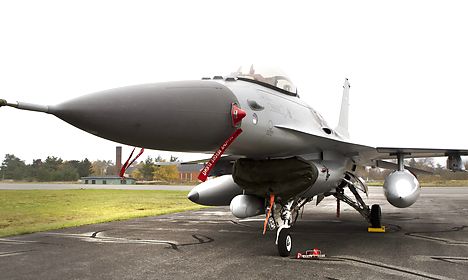 Denmark is the only EU state with an opt-out on defence affairs. Photo: Preben Madsen/Scanpix
The newspaper Information reported on Wednesday that the government plans to hold a referendum on ending Denmark’s opt-out on the EU's Common Security and Defence Policy (CSDP) shortly after a planned referendum on replacing the nation’s Justice and Home Affairs opt-out with an ‘opt-in’ model.
“The government wants to end the defence opt-out. It was also the recommendation of the latest defence committee that we join in,” Defence Minister Carl Holst told Information.
A spokesman for government party Venstre told the newspaper that the referendum should be held “as soon as possible” but no timetable was given.
Danes have already been promised a referendum on the opt-out to justice and home affairs no later than Christmas. That opt-out has kept Denmark from participating in the EU plan to redistribute refugees even though this could see Denmark taking in fewer refugees than it does currently.
The Danish Defence Ministry writes on its website that the defence opt-out “means that Denmark is unable to participate in EU military operations or in the cooperation on development and acquisition of military capabilities within the EU framework, nor will Denmark participate in any decisions or planning in this regard.” Denmark is the only EU member state with an opt-out to the CSDP.
The government has the support of a majority in parliament for ending the defence opt-out.
“We live in a more and more unstable world in which it is important that Denmark has the opportunity to participate in international missions together with our allies in the EU,” Henrik Dam Kristensen, a Social Democrats spokesman, told Information.
Denmark was granted four opt-outs from the 1992 Maastricht Treaty: defence; justice and home affairs; the maintaining of the kroner rather than the euro; and an opt-out on citizenship rules that was cancelled out by the Amsterdam Treaty that took effect in 1999.