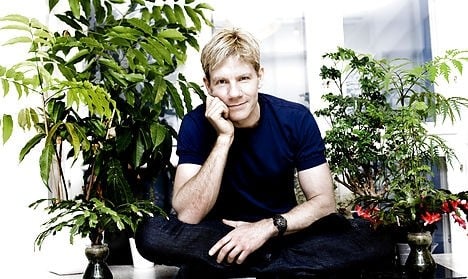 Bjørn Lomborg. Photo: Linda Kastrup/Scanpix
The government’s plans to provide funding for the Climate Consensus, an organization founded by Danish statistician and climate debater Bjørn Lomborg, has been blocked by support party the Conservatives.
The Conservatives announced on Monday that they would vote against include the Venstre government’s proposal to fund Lomborg in this year’s budget.
“We can’t see why Bjørn Lomborg should have a blank check by being written in to the budget,” Conservative spokeswoman Mette Abildgaard told Politiko.
See also: Denmark to fund climate sceptic Lomborg
Lomborg is an outspoken critic of prevailing climate change projections, which he dismisses as exaggerated and based on selective evidence.
He was head of the short-lived Institute for Environmental Assessment (Institut for Miljøvurdering), founded by the Venstre-Conservative government in 2002 to ensure that the country’s environmental targets were met in the most economically efficient way possible.
Critics argued that the institute was a way for the government at the time to counter the influence of environmentalists and climate change advocates.
See also: Greenland's ice sheet melting at rapid pace
Lomborg left the institution in 2004 and has since spent much of his time abroad lecturing and campaigning against what he sees as a flawed scientific consensus on climate change, primarily through Climate Consensus.
Denmark's minister for the environment, Lars Christian Lilleholt, said last month that he planned to fund the organization in order to add additional voices to the climate change debate, which he said has become too “one-sided” and “elitist”.
But on Monday, Lilleholt backpedalled from his plans and said it was still “too early” to know if Lomborg’s group would be included in the annual budget.