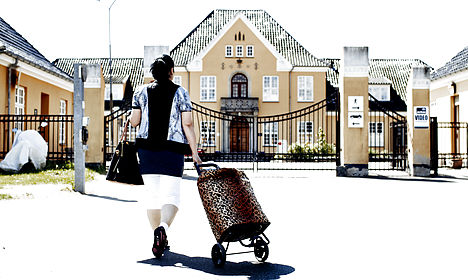 The head of a small Danish NGO wrote an appeal in The Guardian on Tuesday aimed at attracting refugees to Denmark in response to the Danish government’s own plans to run anti-refugee advertisements in foreign newspapers.

Michala C. Bendixen, head of the Danish organization Refugees Welcome, compiled a list of reasons for refugees to choose to seek asylum in Denmark, arguing that “I should be proud, and grateful that people like you – in need and in danger – are coming to my country for protection and peace.”

In the list, Bendixen points out the following reasons why refugees should come to Denmark:

“- Denmark is one of the richest and most stable countries in Europe, and we have capacity for more than the 5,000 we have granted asylum to so far this year.

– The case-processing time is among the fastest in Europe.

– Education is free in Denmark, and we even pay students an allowance while studying.

-Starting wages are high in Denmark, and the unions are strong. This makes it hard to get a job as a newcomer, but in the long run refugees will not be 'the working poor', as they are in Germany and Britain.

-Most refugees describe Danes as being very friendly, open minded and helpful. A new civil movement has evolved as a result of government policy.

-We need you! Our population is ageing, and there are not enough young people to take over. Industry and employers constantly warn about this. So, very soon it will be much easier to get a good job in Denmark than in our neighbouring countries.”

“I hope you will find peace of mind and a good new life in my small country, where we know nothing about wars, starvation and oppression,” Bendixen wrote.

The Venstre government has come under considerable criticism – even from within its own party – following Integration Minister Inger Støjberg’s announcement last month that the government intends to run anti-refugee ads in foreign newspapers.

The minister said that she was prepared to run advertisements in foreign newspapers that will contain information aimed at deterring refugees from coming to Denmark.

Per capita, Denmark took in the sixth highest number of asylum applications in 2014. But due to its opt-out on EU Justice and Home Affairs, it is not participating in the EU plan to redistribute refugees even though this could see Denmark taking in fewer refugees than it does currently.