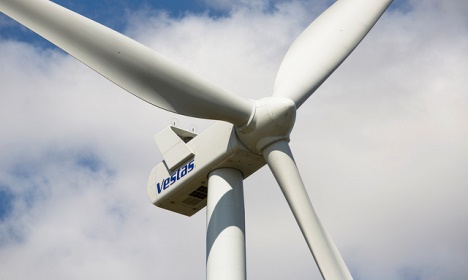 The plan is to be unveiled later this Monday.

According to Lilleholt, the fact that the US president has now decided to focus his efforts on climate change is good news for Denmark.

“For Denmark, the announcement from Obama is really great,” the minister told TV2.

It is already known that the plan will entail cutting CO2 emissions from US power plants by 32 percent by 2030 compared to 2005. The country’s power plants are responsible for an estimated 40 percent of US greenhouse gas emissions.

Parts of the plan are also expected to entail cutting the US reliance on coal in favour of more renewable energy sources, such as wind and solar power, which could potentially benefit Danish companies such as Vestas, one of the world’s largest suppliers of wind energy.

According to Lilleholt, the plan is sufficiently ambitious, and also bodes well for the UN Climate Change Conference to be held later this year in Paris.

“Just the fact that the Americans have begun to set targets is a really positive development. It shows that they are taking this agenda seriously,” he said.

“So far we have lacked US participation on this agenda. It is good that the US is now signalling that they are prepared to not just talk about it, but act on it as well,” Lilleholt added.

On Sunday, the US government shared a video narrated by President Obama announcing the final version of its Clean Power Plan, which can be seen below.