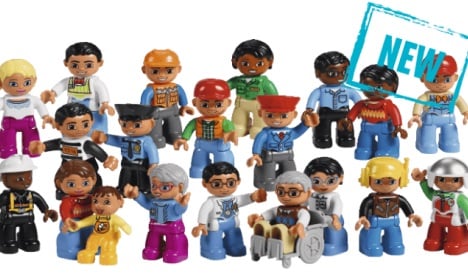 A campaign group for parents of disabled children is upset with Danish toy maker Lego’s release of a new Duplo set, which they feel provides a superficial depiction of disability.

The company recently released a new Community People set comprised of 20 different figures, including an old man in a wheelchair being pushed by a young person.

The purpose of the set is to help children develop an understanding about different people and professions.

According to Toy Like Me, a group for parents of disabled children campaigning for better representation of disabled children in toys, the decision to put an old man in the wheelchair, rather than, for instance, a child, could lead some children to wrongly believe that only the elderly can be disabled.

Rebeca Atkinson, co-founder of Toy Like Me, said that the group also generally disapproved of the way the figure is depicted.

“Whilst we applaud Lego for including a wheelchair user, we are disappointed with the design of the wheelchair which is grey and medical in appearance and does not appear to have wheels that turn, as well as the choice of the elderly figure to use the chair in promotional images,” Atkinson wrote in her blog.

“If this Grandpa figure was one of many, (and) stood aside a range of other vibrant characters with disabilities varying in age, then there would not be an issue,” she added.

Atkinson also argued that companies such as Lego have the power make a significant impact in the depiction of disability.

“We know Lego is a creative power house. A place where the greatest playful minds create Wonka-esque building fun. We know they could conjure up the most amazing positive disability representation if they just left the stereotypes behind” she wrote.