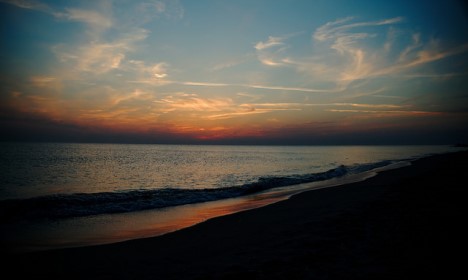 A person was reportedly heard crying for help in the waters near the coast of the Danish island Femø, which is currently hosting a jazz festival.

Police received a report at 2:25am on Friday morning from a man who had been walking along one of the island’s beaches, who claims to have suddenly heard a person out in the water shouting for help.

According to police chief Jens Frederiksen from the South Zealand and Lolland-Falster police, it could be another festival-goer who may have decided to go for a swim and gotten in trouble.

“It was dark at the time, so he [the man who reported the incident, ed.] was not able to see anyone out in the water. But he believed that it was a person,” Frederiksen told Danish news agency Ritzau.

See also: Cold Danish waters can be dangerous for bathers

Police began patrolling the beach early Friday morning, complemented by a search and rescue helicopter and boat looking for the person in the nearby waters, but have failed to find anything thus far.

The search was therefore called off some hours later.

“We do not believe there is anyone out there, but it is too soon to say if it was a false alarm. We’ll only know that later in the day once we have spoken with more people,” Frederiksen told TV2.

Last week, a man survived 17 hours in cold water and high waves after falling off his boat near Vejrø, only a short distance from Femø.

After repeatedly failing to be spotted by passing boats and search and rescue helicopters, the wind and current helped transport the exhausted man back to Vejrø, where he was discovered one kilometre off the coast by a couple on a sailboat.