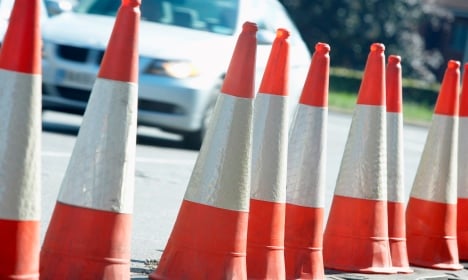 It’s definitely not one to brag about.

On Wednesday, local police set up an automated traffic control device on a stretch of the highway connecting Helsingør to Copenhagen, and caught 1635 drivers going above the speed limit.

In just the first hour, police caught 402 speed offenders, and after five hours the number rose to 1635. Put differently, that amounted to approximately 5 ½ speeding tickets a minute.

Police officer Kim Sørensen from the North Zealand police was baffled at the number of offenders.

”It’s absolutely insane. I’ve been a police officer for a lot of years, but I have never experienced anything like this. This is a national record and a sad one of the sort,” Sørensen told Frederiksborg Amts Avis.

Due to roadwork, the minimum fine amounted to 2500 kroner, or €335, for breaking the speed limit. Multiplied by 1635, this means that the Danish state received 4 million kroner in speeding fines, essentially issued from a robot, on Wednesday.

“We are not here for the money, we are here to protect lives,” said Sørensen.

“We have heard from the company responsible for the roadwork, which told us that its workers have on several occasions had to jump out of the way because motorists were driving too fast,” he added.

“I’m actually at a loss for words. It’s tragic, and I cannot think of any reasonable explanation for why so many people are driving so fast. It’s reckless and poses a danger to those working on the road,” he told the newspaper.

The local police now intend to monitor traffic on the highway stretch daily.