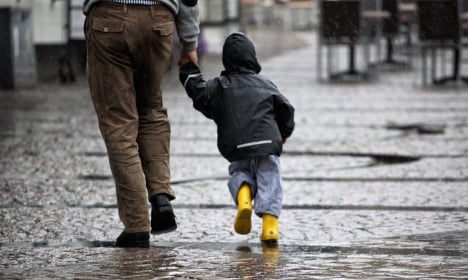 No, not November - that's July in Denmark. Photo: Colourbox

A powerful low-pressure system has left Denmark drenched over the past week, but according to the Danish Meteorological Institute (DMI) the grey clouds appear to finally be moving on – albeit slowly.

We will finally begin to see a bit more sunshine starting from Thursday, but not much; DMI predicts that it will be overcast with some showers, strong western winds and temperatures topping out around 15-18C.

According to the institute, Friday morning will also be slightly overcast with a chance of rain, followed by a good chance of being sunny in most parts of the country later in the day, with highs of 15-18C.

The weekend weather is looking far better than the previous one at least, with some sun expected on Saturday and only a few showers around the country, with temperatures up to 17-20C. The weather is expected to improve further on Sunday, with highs between 18-23C and only a slight chance of rain.

We can also look forward to drier weather and higher temperatures in the upcoming week, according to DMI's preliminary forecast.