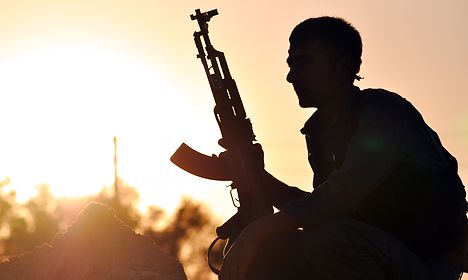 Omar El-Hussein, the gunman who killed two civilians and wounded six police officers in the Copenhagen shootings in February this year, has now appeared in Isis recruitment material, according to Berlingske.

The latest version of the Isis publication Dabiq – named after a town that features in Islamic prophecies as an end-of-times battlefield between Muslims and Christians – features a number of people whom have been responsible for attacks on Western targets in the past year, including El-Hussein.

See also: As it happened: The Copenhagen shootings

Besides El-Hussein, other men whom have carried out attacks against Western targets this year, such as those behind the recent Tunisia shootings and one of the men responsible for the Paris attacks, were also featured.

“These are the latest in a series of attacks carried out by the Caliphate’s soldiers around the world in the past year,” wrote the magazine.

Not all of the men featured had links to Isis, however, but that has not stopped the group before from taking credit for attacks against Western targets, according to Thomas Hegghammer, senior researcher at the Norwegian Defence Research Establishment.

“They are known for taking credit for everything, regardless of whether there has been some link or communication ahead of the attack,” Hegghammer told Berlingske.

“For instance, they took credit for the Charlie Hebdo attack, until al-Qaeda in Yemen corrected them,” he added.

See also: Danish PM: 'We know what France is going through'

Thomas Elkjer Nissen, a strategic communications researcher at the Royal Danish Defence College, said that Isis often claims to be responsible for such attacks to boost recruitment.

“What matters to Isis is being able to continually deliver proof that they are effective and able to recruit people in the West, not just to travel to their Caliphate, but also to work as lone wolves in Europe,” Nissen told Berlingske.

The 22-year old Omar El-Hussein was shot dead by Danish police after his shooting spree that sent shockwaves across Europe after the Islamist attacks in Paris in January.

The gunman killed a Danish filmmaker outside a cultural centre hosting a debate on Islam and free speech before opening fire at a synagogue, killing a Jewish man. The presumed target of the first attack was controversial Swedish artist Lars Vilks.

El-Hussein had been released from prison two weeks before the attacks after serving a term for aggravated assault, raising fears he may have become radicalized behind bars, but there is no evidence that indicates that he acted on behalf of ISIS.