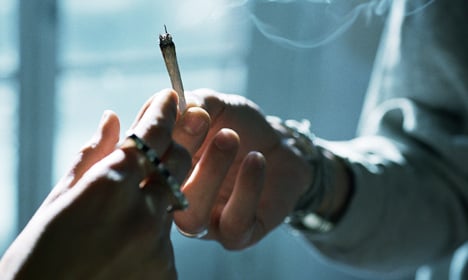 Photo: Colourbox
According to a survey from the Danish National Institute of Public Health (Statens Institut for Folkesundhed), cannabis use has increased significantly amongst teenaged Danes. Since 1996, the number of male high school students who have experimented with cannabis has grown from 26 to 50 percent. Usage amongst girls has gone from 19 to 31 percent over the same time period.
Twelve percent of the 70,000 respondents said that they have smoked marijuana in the past month and 6.8 percent of girls and 22 percent of boys said they have done it at least ten times.
While cannabis use is growing in popularity, excessive drinking is on the decline.
“There are a little bit fewer who drink often while there are more who have tried smoking cannabis. Therefore you could say that there has been a shift in the use of drugs and alcohol,” project leader Pernille Bendtsen told broadcaster DR.
Concrete numbers on alcohol use are expected to be part of the Danish National Institute of Public Health’s full report that is due to be released next month. The report did not look at the reasons why young Danes are increasingly likely to reach for a joint rather than a beer, but Jakob Johan Demant, a professor at the University of Copenhagen’s Department of Sociology, said that cannabis use has become more mainstream.
“There has been a change within the drug culture that has resulted in cannabis being normalized. It is completely acceptable to try it a few times,” Demant told DR.
According to the European Drug Report, the 35.6 percent of Danes in all age groups who have tried cannabis in their lifetime is the highest proportion in all of Europe.
But while cannabis use is gaining in popularity, young Danes tend to just say no to hard drugs.
The Danish Health and Medicines Authority (Sundhedsstryelsen) reported last September that the use of hard drugs by Danes under 25 has more than halved since 2008. Just 3.9 percent of Danes aged 16-24 reported using drugs other than cannabis in the last 12 months in that study.
Young Danes' cannabis use puts them well above neighbouring Sweden, where just nine percent of the Swedish school population has admitted to trying cannabis.