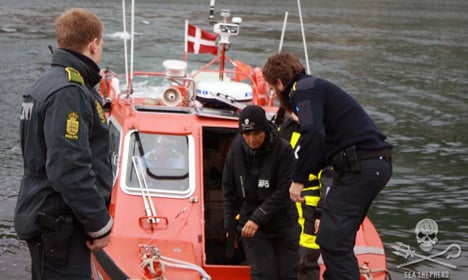 Two Sea Shepherd crewmembers were arrested on Monday. Photo: Sea Shepherd/Florian Stadler
Two members of the Sea Shepherd ship Sam Simon were arrested on Monday in the Faroe Islands and will face charges of interfering with the autonomous Danish province’s annual whale hunt.
According to a press release from the conservation group, the two arrestees were Susan Larsen of the United States and Tom Strerath of Germany. The two will face charges under the Faroese Pilot Whaling Act and are due to appear in court in Tórshavn on Thursday.
Sea Shepherd sent the Sam Simon to the Faroe Islands to try to prevent Faroese locals from participating in an annual traditional whale hunt that the group decries as “a barbaric practice”.
See also: Activists launch anti-whaling action in Faroes
During the annual whale hunt, known as a grindadráp, the three to six metre (10 to 20 foot) sea mammals are driven by a flotilla of small boats into a bay or the mouth of a fjord before being hacked to death with hooks and knives — a “grind” that many locals defend as a cultural right.
The whale meat and blubber are consumed by locals and considered delicacies.
Sea Shepherd said that Monday’s arrest happened when two of its boats, the Sam Simon and the Farley, were tracking a flotilla of a dozen or more local boats that had spotted a pod of whales. The group said that Faroese police boarded the Sam Simon and arrested the two people on board. They also allege that the Danish Navy played a part in the incident.
“I made multiple request of the Danish Navy today [Monday, ed.] for information; about whether a grindadráp had been called; about whether our crew had been arrested; and about whether the Farley small boat had been confiscated. Each time, my requests went unanswered. Despite their claims to the contrary, it is clear that the [Danish Navy ship] Triton was intimately involved in today’s arrests, and that the Danish Navy are deeply entrenched in the grindadráp,” the captain of the Sam Simon, Adam Meyerson, said in a press release.
This marks the sixth consecutive year that Sea Shepherd has attempted to interfere with the annual whale hunt in the Faroe Islands. During last summer's protest action, 14 Sea Shepherd activists were arrested in the Faroe Islands while attempting to save a pod of 33 pilot whales.
The islands, situated between Norway, Iceland and Scotland, are home to just under 50,000 people and although the country is a member of the Kingdom of Denmark along with Greenland, the Faroe Islands have been self-governing since 1948.
Whaling in the archipelago stretches back to the earliest Norse settlements more than 1,000 years ago, and community-organized hunts date to at least the 16th century. 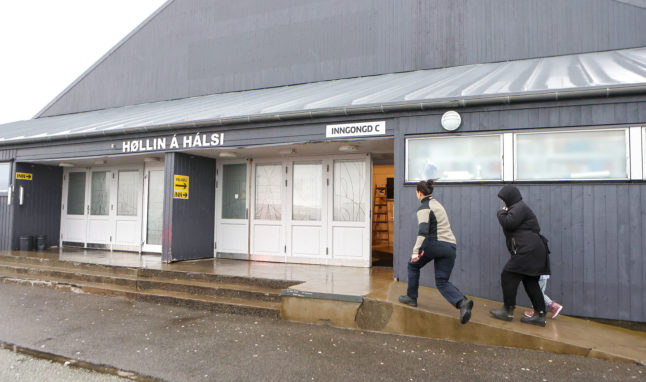