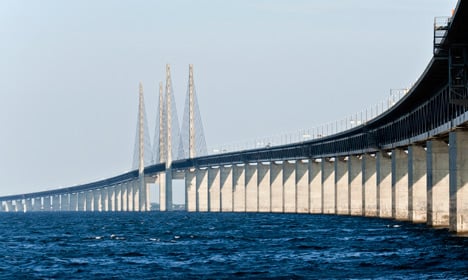 All-time traffic record set on Saturday. Photo: Colourbox
Record numbers of Danes, Swedes and foreign tourists packed themselves in their cars over the weekend and drove across the Øresund Bridge in both directions on Saturday.
A grand total of 30,955 vehicles crossed the strait in just 24 hours, overtaking the previous record by more than 1,500 cars.
Saturday's figures are almost double the traffic the bridge gets on a normal day, but they come as the Scandinavian countries reach the peak of their holiday seasons.
“Holiday traffic generally exceeds all previous levels. There was no specific incident or event that attracted people on Saturday,” Karsten Längerich, head of private markets at Øresundsbro Konsortiet, the organization which manages the crossing, said in a press statement.
Saturday's figures sped past the previous record of 29,192 cars in June 2014, put down to a huge train strike at the time. The all-time high before that was 28,894 cars in June 2009 – an Eagles concert in Malmö is believed to have boosted those statistics.
“The economy right now is not such that one side is markedly outperforming the other. The Swedish krona and the Danish krone are a little bit closer to each other than during other periods. Both countries are doing well and both Danes and Swedes are driving more now than they did a year ago. It is very pleasing,” said Längerich.
Built in the year 2000, the Øresund Bridge is celebrating its 15th anniversary this month. The eight-kilometre crossing between Copenhagen in Denmark and Malmö in Sweden is Europe's longest combined road-rail bridge and is used by thousands of commuters every day.
Earlier this month, police in Malmö called for strengthened border controls between the two countries in a bid to crack down on weapons illegally brought into Sweden via Denmark.
The crossing is internationally the most famous for featuring on Nordic Noir television series 'The Bridge', starring Swedish actress Sofia Helin as police officer Saga Norén. The third season of the show is scheduled to be broadcast in Sweden and Denmark in autumn 2015 and is expected to make it to Britain the following year. The new season will not include Danish star Kim Bodnia, however, who has left over ‘artistic conflicts’.
Øresundsbro Konsortiet's head of public communications, Sanna Holmqvist, told The Local earlier this year that she believed the crime series had helped create a boost in traffic in recent years.
“I have a feeling that more people are curious about the bridge these days  – we do get a lot of enquiries about it  – but that is something that is difficult to monitor,” she said.