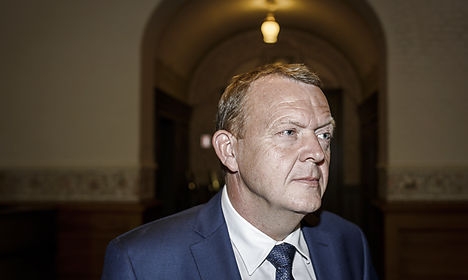 Lars Løkke Rasmussen opposed paying the benefit while in opposition. Photo: Jeppe Vejlø/Scanpix
While in opposition, Lars Løkke Rasmussen was a vocal critic of an EU Commission decision that led to Denmark paying out the quarterly benefit known as børnecheck to EU citizens who had only been in Denmark for a short time.
Rasmussen called it “scandalous” that EU citizens should be entitled to the benefit without first living in Denmark for at least two years.
But now that Rasmussen is back in the prime minister’s office, his Venstre government has decided not to take up a battle over the benefit and will continue to pay it out to EU citizens just as his predecessor Helle Thorning-Schmidt did.
The decision to not pursue a legal battle in the EU court system was criticized by Venstre’s political allies.
“It is completely crazy that the new government is bowing down to the EU. Venstre should be as resolute now as it was with its prior criticism and should take the case to the EU,” Danish People’s Party spokesman Dennis Flydtkjær told Berlingske Nyhedsbureau.
A legal professor at the University of Copenhagen told the news agency that Venstre had made a sensible decision to give up a legal battle.
“It's something else altogether to sit in a government and fight with the EU Commission than it is to be in opposition and have cheeky opinions. If the [Venstre] government continued to say that it will not pay the børnecheck to EU citizens, there would undoubtedly be a court case which Denmark would lose and that would result in large costs for Danish residents,” Kirsten Ketscher said.
Venstre denied that it had flip-flopped on the issue.
“We promised to change the rules in relation to refugees so that we can address the problems we have here and now. That’s what we wanted to do in the first round,” party spokeswoman Louise Schack Elholm told Berlingske Nyhedsbureau, referring to the government's new so-called 'integration benefit' that cuts the amount of support refugees are entitled to receive.
Elholm said that Venstre is still opposed to giving the børnecheck to EU citizens but no longer thinks that the issue is best addressed through the EU court system. Instead the party said it plans to join with like-minded countries and push to for changes in how European countries pay out welfare benefits to non-citizens.
During the election campaign, Venstre and its ‘blue bloc’ allies said they would work together to make it harder for EU citizens living in Denmark to obtain Danish welfare benefits and back Britain in its EU negotiations its efforts to keep the EU from becoming a “social union”.
See also: Denmark to reduce asylum benefits
In addition to the børnecheck, which pays up to 4,443 kroner per child per quarter depending on the child’s age, the parties say they want to change the rules on EU citizens’ rights to the Danish unemployment benefits dagpenge and kontanthjælp.
About børnecheck:
The benefit known as børnecheck is automatically paid out to all families with children living in Denmark. The amounts are dependent upon the age of the children:
0-2 years: 4,443 kroner per quarter
3-6 years: 3,519 kroner per quarter
7-14 years: 2,769 kroner per quarter
15-17 years: 923 kroner per month until the child turns 18
Up until January 1st, 2014, the børnecheck was paid out in the same amount to all parents regardless of their income. Since that date, top earners still receive the check but it is reduced for those who earn more than 723,100 kroner per year.