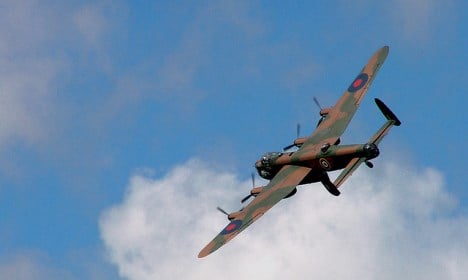 Plans to salvage the wreckage of two World War II British bombers – a Halifax LL235 and Lancaster JA 851 – off the Danish island of Als have been halted over concerns that the planes may still contain the remains of some of their crew, according to public broadcaster DR.

Hundreds of British planes were shot down over Danish territory during the war, and the United Kingdom considers these wrecks to be grave sites for the fallen. Salvaging them would accordingly amount to desecration of these sites, the British argue.

The Danish Maritime Authority (DMA) told DR that it issues some 20-25 similar permits annually once it has been concluded that the remains of all the pilots were recovered from the aircraft.

But the two planes near Als had a total carrying capacity for 14 crew, and only the remains of six have been recovered. The DMA has assessed that there are no further remains within the planes, but according to Politiken, the British have raised doubts about whether that is true.

In light of the concerns that the bombers may be underwater tombs, the groups that originally sought the salvage permit – the Svenstrup Local History Archive and the Sønderborg Sports Diving Club – have decided against utilizing it, at least for the time being.

Otto Uldum from the Island Sea Museum approved of the decision.

Uldum also questioned whether the salvage group even had the necessary skills required to conduct a responsible salvaging of the planes, which would include sufficiently documenting the process and special conservation methods.