PM Lars Løkke Rasmussen. Photo: Keld Navntoft/Scanpix
Lars Løkke Rasmussen has only officially been Denmark’s new prime minister for a little over two weeks but Danes don’t have high expectations for his time in office.
According to an opinion poll conducted by TNS Gallup for the tabloid BT, Danes think that Rasmussen will be a worse leader than his predecessor Helle Thorning-Schmit and that his time in office will be ineffective and short-lived.
Forty percent of respondents think that Rasmussen will be a worse PM than Thorning-Schmidt, while just 24 percent think he will be better. A full 57 percent think that Rasmussen is at the helm of a weak government and even among supporters of his party Venstre, that number sits at 32 percent.
Venstre spokesman Jakob Ellemann-Jensen told BT that he’s not surprised that so few voters have faith in the Venstre-only government.
See also: Here is Denmark's new government
“Denmark’s third-largest party stands alone in the government. So it is obvious that we can’t get everything through [parliament] that we’d like,” he said.
Ellemann-Jensen was less understanding of the respondents’ view that the 51-year-old Rasmussen, who also served as prime minister between 2009 and 2011, will be a poorer PM than the woman he replaced.
“I can’t imagine him being worse than Helle Thorning-Schmidt. That isn’t said in contempt of Helle Thorning-Schmidt, whom I have a lot of respect for. But sitting at the helm of a small minority government is precisely what will bring out Lars’s best qualities: his ability to get mixed agreements in place and wield the political handiwork that he is an undisputed master of,” the Venstre spokesman told BT.
While voters might not have high hopes for Rasmussen’s government, they still apparently prefer Venstre and its political allies to the alternative.
A Gallup poll released on Sunday showed that the blue bloc of parties have the backing of 52.7 percent of voters. Compared to the June 18 election results, Venstre has gained on the Danish People’s Party (DF).
DF received 20.8 percent of voter support in the poll to Venstre’s 20.4 percent. That represents a small climb for Venstre, which received 19.5 percent of the vote in the election, and a small fall for DF, which has faced heavy criticism for not joining the government despite coming out of the election as the largest party in the blue bloc. 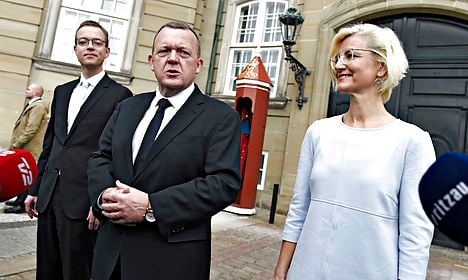 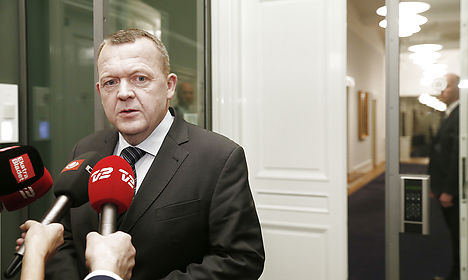