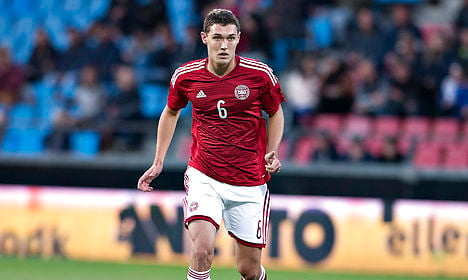 Andreas Christensen. Photo: Henning Bagger/Scanpix
19-year-old Andreas Christensen, who made his Chelsea and Denmark senior debuts last season, has signed a two-year deal for Gladbach, who will make their first appearance in the Champions League this season having last played in the European Cup in 1978.
“Andreas is a promising talent and can play in a number of positions,” said Gladbach's director of sport Max Eberl after Christensen made three senior appearances for Chelsea last season and was a regular in their Under-21 team.
Christensen could feature on Sunday when Borussia, who finished third in Germany's top flight last season, host a four-team tournament for fellow Bundesliga sides Bayern Munich, Hamburg and Augsburg.
The teenage Dane is Gladbach's seventh new signing, including midfielder Lars Stindl (Hanover 96), striker Josip Drmic (Bayer Leverkusen) and England Under-18 defender Mandela Egbo, who has signed a four year deal after joining from Crystal Palace.