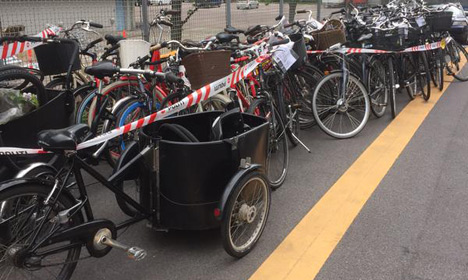 Some of the hundreds of stolen bikes. Photo: Københavns Politi
The owner of a bicycle shop in the Copenhagen district in Nørrebro was arrested and charged with fencing on Thursday after police discovered hundreds of stolen bikes being resold in the shop.
The fencing operation was discovered after a customer recognized his own stolen bike being prepared to be set back onto the market.
According to Copenhagen Police, the 35-year-old shop owner was in possession of as many as 400 stolen bicycles.
“We could establish that it was the informant’s stolen bicycle and when the officers looked around the shop they could quickly see that it was full of stolen bikes. There were Christiania bikes [cargo bikes, ed.], expensive bikes and cheap bikes. We’re not completely finished counting them, but the amount of stolen bicycles is somewhere between 250 and 400,” police spokesman Sajjad Haider told Berlingske.
The male shop owner was arrested on Thursday but police said they do not yet know how he came to be in possession of so many stolen bicycles, many of which had had their registration numbers removed.
The man faces fencing charges that will carry a maximum punishment of six years in prison.

According to Statistics Denmark, there are more than 60,000 reported incidents of bicycle theft each year. Of those, just 400 ended up resulting in criminal charges.
The insurance company Alm. Brand released an analysis in October that showed that 17 percent of people in Denmark have stolen a bicycle. The company said that all of those stolen bikes result in Danish insurance companies paying out around 200 million kroner ($29.6 million) per year in compensation. 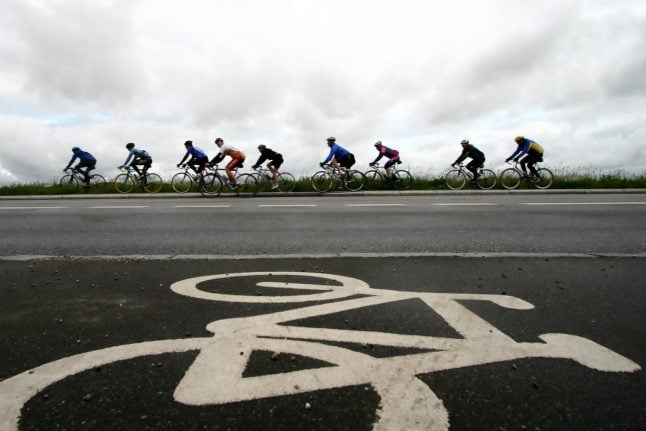