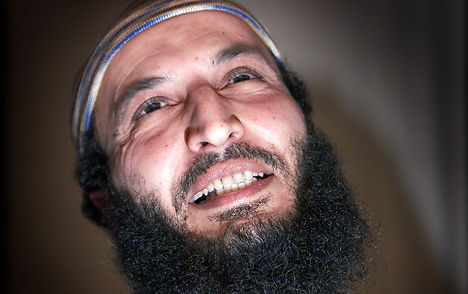 Sam Mansour. Photo: Jeanne Kornum/Scanpix
The Eastern High Court on Wednesday sentenced Sam Mansour to four years in prison and expulsion from the country with no chance to return.
The revocation of his Danish citizenship is historic, as never before has a Dane had ties severed to the country for violations of the law.
See also: High court convicts 'al-Qaeda's PR man'
The 55-year-old Danish-Moroccan was convicted for posting online threats, screeds, photos, links and messages that praise Osama bin Laden and call on his readers to join al-Qaeda’s al-Nusra front. Mansour has also posted videos of soldiers being executed in Syria and Iraq.
Additionally, he was convicted on charges related to the editing and publishing of three books considered to be terrorist propaganda.
The Danish press dubbed Mansour 'The Bookseller from Brønshøj' and he has also been viewed as a de facto 'PR man' for the terror group al-Qaeda.
This is Mansour’s second conviction on terror charges. In 2007, he became the first person in Danish history to be convicted of inciting terrorism. He served 3.5 years in prison on the previous conviction but unlike in Wednesday’s decision, prosecutors failed to convince the court to strip Mansour of his citizenship.
Mansour is originally from Morocco but has lived in Denmark since 1984 and has been a Danish citizen since 1988.
According to TV2, Morocco wants him returned there, which Mansour said will put him in danger.
“I will be executed,” TV2 quotes him as having previously said about a return to Morocco.