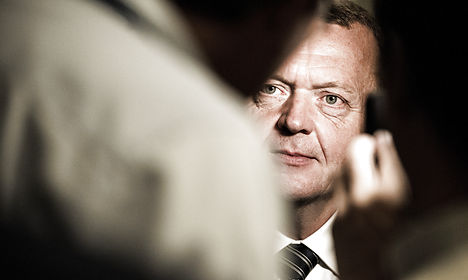 Lars Løkke Rasmussen's plan to cut taxes was a major sticking point with DF. Photo: Asger Ladefoged/Scanpix
Lars Løkke Rasmussen, the leader of the Venstre party, said Friday his party would govern alone after coalition talks with the anti-immigration Danish People's Party (DF) broke down.
See also: Denmark to get one-party government
On Saturday, Danish media reported that one of the main reasons for the failure of the talks was Rasmussen's wish to slash taxes on the highest earners from the current 15 percent to 10 percent.
The tax on high earners (topskat) is paid by those who earn over 459,200 kroner ($68,725, 61,550 euro) per year and is paid on top of other income taxes.
DF, which became the second-biggest political force in the June 18 general election, said it could not accept the proposal after it had campaigned for increased pensions and healthcare credits.
“We are not interested in a reduction in the top level of income tax and we will have nothing to do with it,” the party's vice-president Søren Espersen told Politiken.
“We are not satisfied with what is in the government manifesto and therefore Lars Løkke Rasmussen is now sailing in very choppy waters,” Espersen added.
The inclusion of plans to cut taxes at the top is seen as a major victory for the libertarian-leaning Liberal Alliance, but Rasmussen's road to securing a parliamentary majority for the cuts will be difficult.
The outgoing Social Democrat finance minister, Bjarne Corydon, said the government-to-be was displaying “worrying signs”.
Rasmussen is due to have an audience with Queen Margrethe II on Sunday to formally become prime minister, succeeding Helle Thorning-Schmidt. He has said he will present his government manifesto and roster of ministers after the meeting with the queen.
While minority governments are common in Denmark, a Venstre government would be extremely weak, as it would have just 34 lawmakers in the 179-seat parliament.
In a similar situation in 1973, a Venstre administration with just 22 seats in parliament only lasted 14 months before collapsing and giving way to a left-wing government.

FV15
Rasmussen to Thorning: ‘You did really well’ 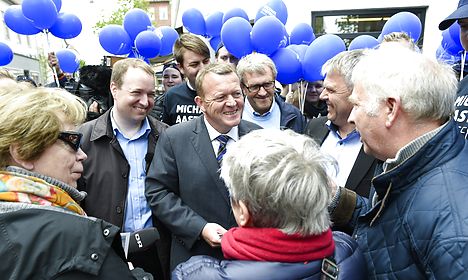 Lars Løkke Rasmussen (centre) is often seen as more down-to-earth than Thorning-Schmidt. Photo: Richard Sylvestersen/Scanpix
Lars Løkke Rasmussen, 51, leader of the right-wing Venstre party, is a seasoned political operator with over 20 years in parliament compared to Helle Thorning-Schmidt, 48, who cut her political teeth in Brussels and was elected to the Danish parliament a decade ago.
Apart from experience, the heavy-set politician's jovial charm has often gone down better with voters in contrast to the more formal, almost stiff approach of his Social Democrat adversary.
He took over as the country's youngest-ever prime minister in 2009 when Anders Fogh Rasmussen (no relation) stepped down to become Nato Secretary General, but was ousted by the leftist coalition two years later when voters rejected his government's austerity policies.
Despite the defeat, which ended a decade of conservative rule, Rasmussen held on to the party leadership. He has since survived a series of relatively minor expenses scandals, which nonetheless hit his popularity ratings.
“Of course Danes see him as problematic but on the other hand they see him as a really professional politician,” Peter Nedergaard, a political science professor at the University of Copenhagen, told AFP.
See also: Opposition takes narrow lead in final days
'Professional politician'
Rasmussen was born in 1964 in the central Danish town of Vejle to an accountant father and a stay-at-home mother. He entered parliament 30 years later after graduating from law school and working as a consultant.
In 1998 he became a mayor in the eastern county of Frederiksborg, and took over as deputy chairman for the Venstre party.
When the party took power in 2001 he was appointed interior and health minister, and in 2007 became finance minister, seen as the natural successor to Anders Fogh Rasmussen.
In 2009, at the age of 44, he became the youngest prime minister in Danish history — but there was little time to celebrate. The country was in the grips of its worst economic crisis since 1945 on the back of a collapse in house prices and plunging domestic consumption, and the 2011 general election saw Rasmussen's government kicked out of office.
Four years later, Prime Minister Thorning-Schmidt is claiming credit for succeeding where his government's austerity measures failed, as an economic recovery is in sight with forecasts of two percent growth next year.
When she called the election three weeks ago, the prime minister attacked Rasmussen's continued commitment to austerity and pledges to freeze public spending, which she said would “mess up” the recovery her government has achieved.
He has also come under fire for claiming that unemployed Danes lack financial incentives to find work.
But Rasmussen has fought back by talking tough on immigration. Rising numbers of asylum seekers has become one of the top issues of the election — a trend which could play in favour of Rasmussen's party, which last governed with the support of the anti-immigrant Danish People's Party, currently soaring in the polls.
See also: Løkke: 'We have a problem with integration'
“Immigration is a key issue for swing voters,” said Rune Subager, political science professor at Aarhus University.
The Copenhagen terror attacks in February — in which a heavily armed gunman opened fire on a cultural centre hosting a forum about Islam and free speech and outside a synagogue, killing two people before being shot dead by police — may still be “in the back of people's minds”, Subager said, even if the parties are not referring to it in their campaigns.
SHOW COMMENTS 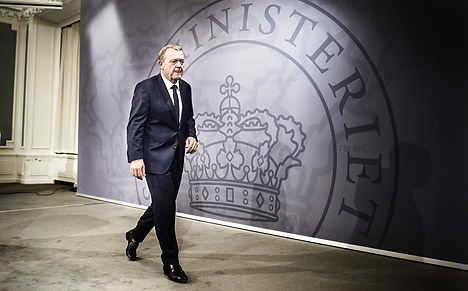 FV15
New PM: ‘We will have to work in cooperation’ 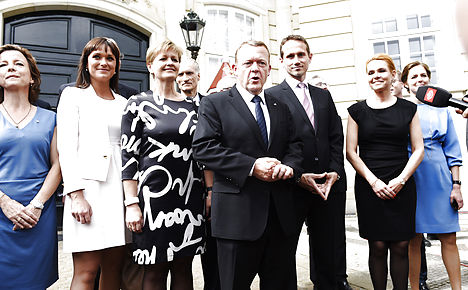