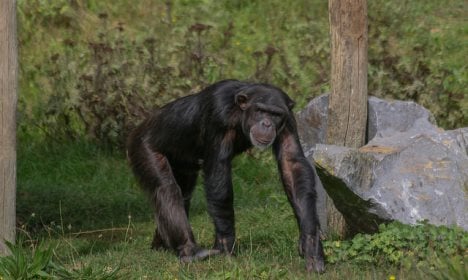 Ape want freedom! Police don't actually know what kind of ape it was, or technically if it was an ape at all. Photo: -JvL-/Flickr

A one-metre tall ape was spotted on Friday morning running across a field just southwest of Copenhagen, according to Mid- and West Zealand Police, who have dispatched two patrol cars to track it down.

“Ape gone astray [on] Ørstedvej [in] Solrød, roughly one metre tall. The ape was seen running across the fields. Do you know the owner?” the police tweeted early on Friday.

Five hours later they reported that the animal was still not found but that the person who called it in was certain that he had seen an ape.

Curiously, no zoos or other likely centres that it could have escaped from have reported any missing animals.

“We have no clue where the ape is now. We are looking for it. We also don’t know who owns it,” Carsten Andersen, press secretary for the Mid- and West Zealand police told Ritzau.

While the ape has thus far managed to avoid being captured again, Andersen was optimistic.

“We do hope that we will find it, and maybe the investigation will end with a bit of monkey business,” he added.

Andersen asked that people in the area contact the police if they do spot the furry fugitive.