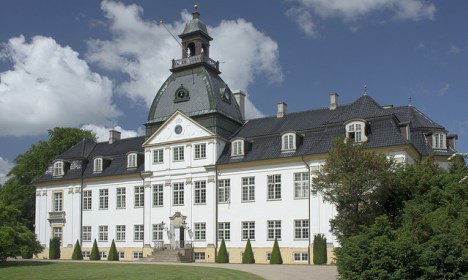 In case you’re currently on the lookout for your very own castle, but just haven’t found the right one yet, then we may have a suggestion for you.

The Agency for Palaces and Cultural Properties has recently put Charlottenlund Palace, just north of Copenhagen, up for rent following the Danish Technical University’s (DTU) recent decision to vacate the premises.

The castle was built in the 1600s and has functioned both as a royal residence for King Frederik VIII among others, as well as having served as a vacation getaway. Yes, even kings must occasionally escape their giant palaces in the city for something with a bit more ‘hygge’ – a mere 6,500 square meter property with adjoining hunting grounds.

“Our expectation is that we will be asking for between 750-1,300 kroner per square meter per year depending on which buildings you would like to rent,” Niels Falch-Jensen from the Agency for Palaces and Cultural Properties told Ekstra Bladet.

In other words, it is likely to cost approximately five million kroner a year to rent the entire castle.

The agency plans to put the castle up for rent for a number of good reasons.

“We are renting the buildings out because we would like to utilize our cultural heritage to ensure that as many people as possible gain an understanding of our shared history. Besides that, the buildings benefit more from being in use, and renting them helps support the financial costs involved in running and maintaining other buildings and gardens,” Falch-Jensen told Ekstra Bladet.

In order to be considered as an eligible tenant, one needs to enter a bidding round taking place later this summer. The castle will open its doors for its new private tenants in 2017.