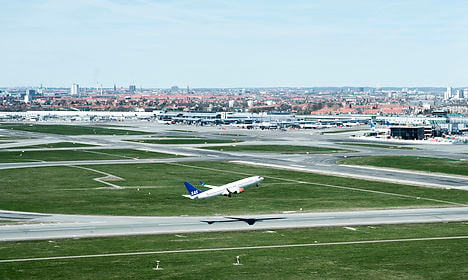 Copenhagen Airport was put on security alert on Thursday afternoon after the emergency landing of a Turkish Airlines flight bound from Istanbul to New York.

“The flight needed to make an emergency landing after an object was found on the plane that no one claimed as their own,” Kristian Aaskov from the Copenhagen police told TV 2.

The police cleared the flight of passengers, and the plane was moved to an isolated part of their airport to undergo inspection by a bomb disposal unit.

The item in question turned out to be a camera and police found nothing else suspicious.

We are basically done and we haven’t found anything beside the camera that was discovered under a seat so we have given the plane back to the captain,“ Kristian Aaskov told TV2 just after 5pm.
A Copenhagen Airport spokesman said that the incident should not affect other flights in and out of the Danish capital.

Earlier on Thursday, a plane at Warsaw's Modlin Airport had to be inspected following a bomb threat made by an anonymous caller, which later turned out to be a hoax.